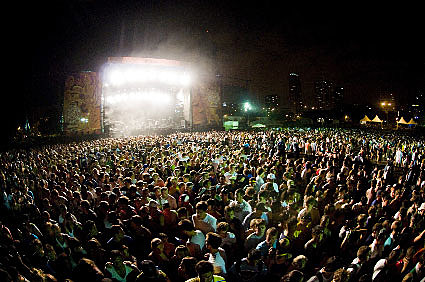 Kanye West closed out the 2008 Lollapalooza Festival on Sunday (Augst 3, 2008) to a sold out crowd on the south end of Grant Park in his hometown of Chicago. West started just a few minutes after the billed start time of 8:30 PM and performed for the noticeably young crowd until 10 PM on the dot.

The act consisted of West with full backing band, a number of drummers and back-up singers, and a Daft Punk-helmeted guitarist. The musical arrangements were well put together, with a good balance of orchestral elements and electro flourishes (vocoder effects on the back-up singers were a nice touch). We had high hopes for the visuals, but unfortunately the light presentation left a bit to be desired. 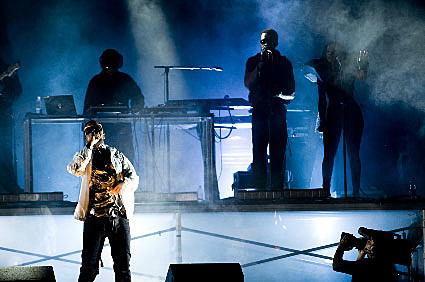 The most bizarre yet not unexpected moment came when West waxed philosophical about progress, comparing his own success in music to that of the evolution of the computer from the 1970s to today's computers the size of phones. This was after we were instructed to tell our unborn children about this particular concert experience. One can be a pop icon without resorting to talking about it constantly or comparing oneself to past legends (Jimi Hendrix, James Brown) as West did tonight.

For all of West's vanity, he still puts on a decent show, and you really recognize the extent of his reach when you know the words to every song he plays. The setlist, and more pictures, below.... 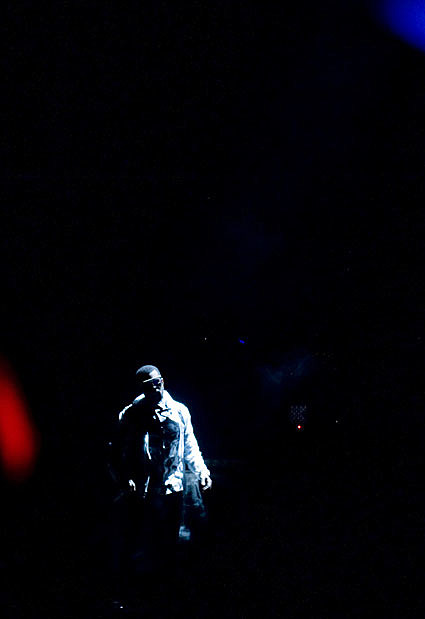 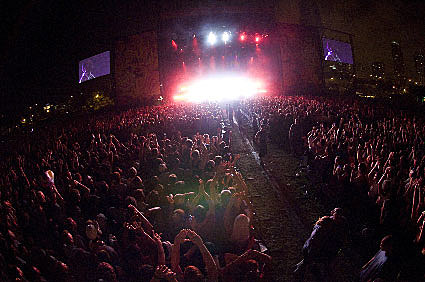 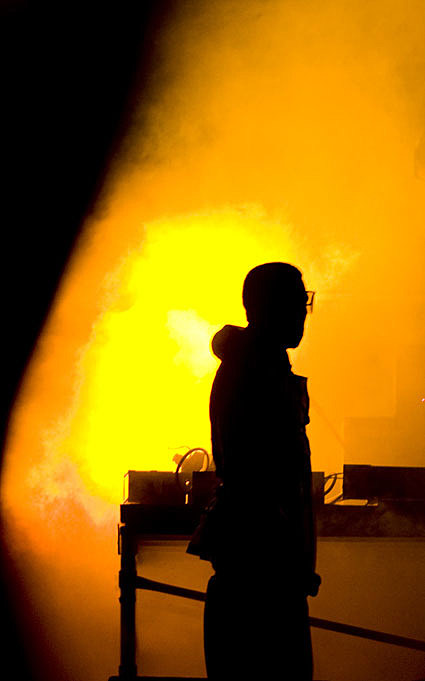 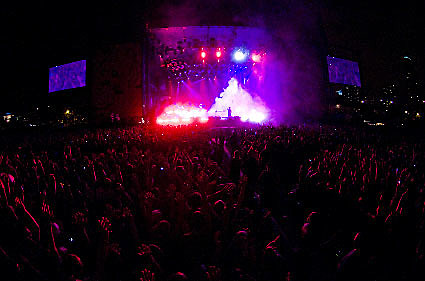 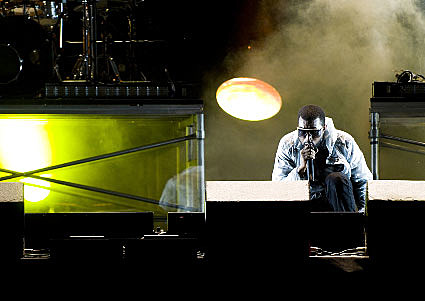 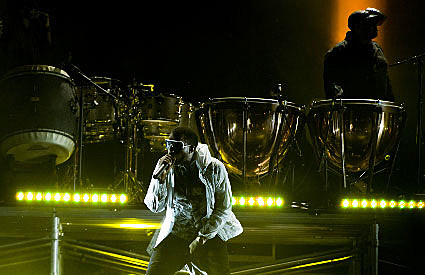 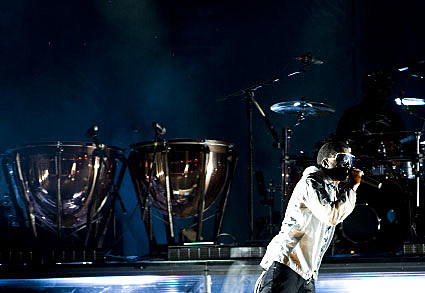 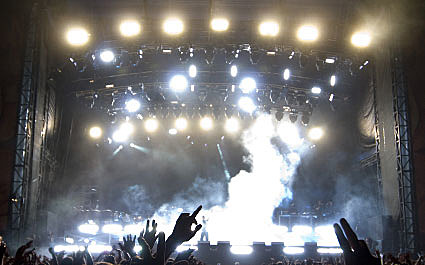 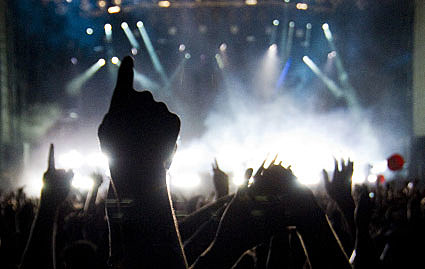 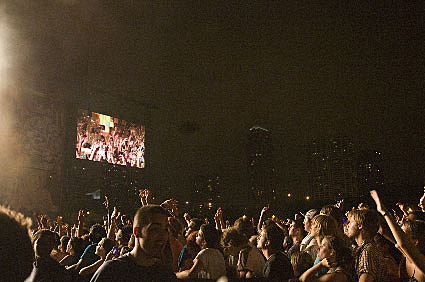 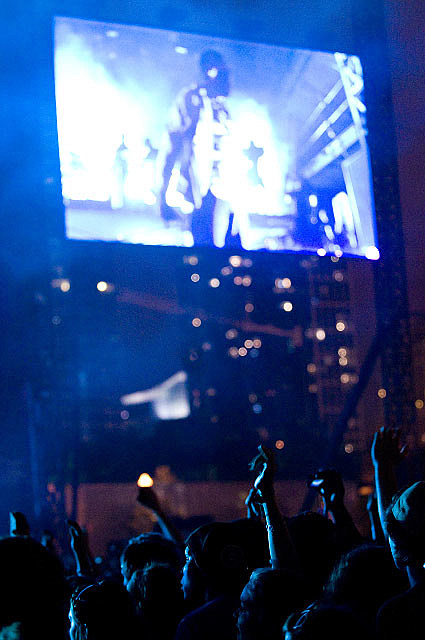 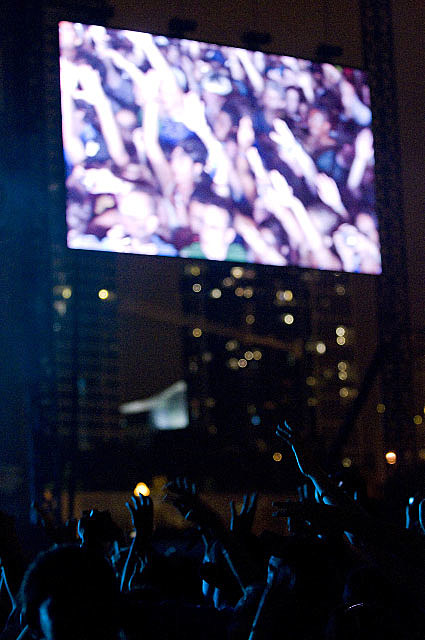 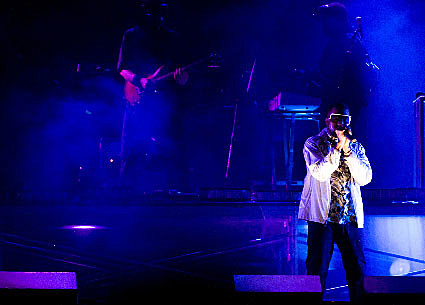 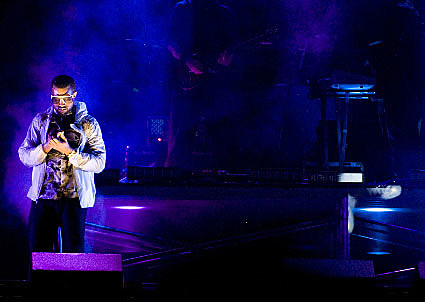 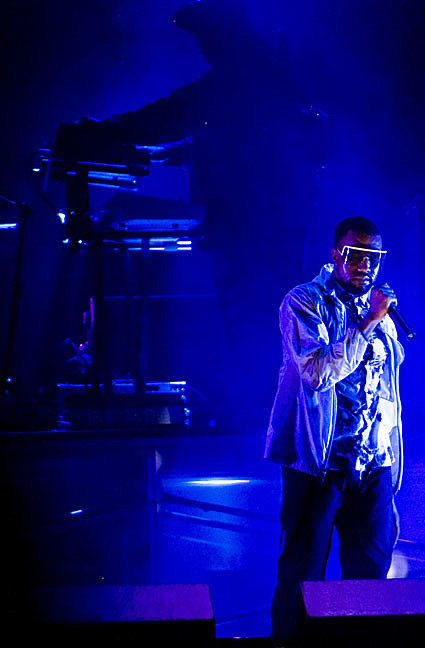 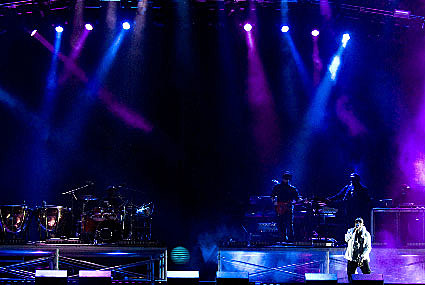 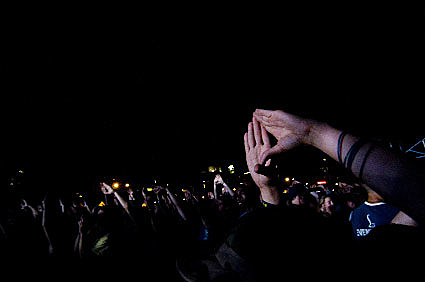 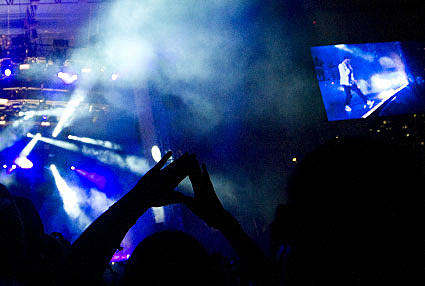 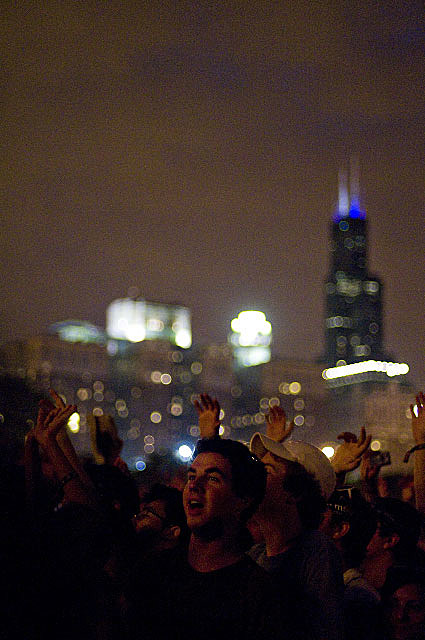 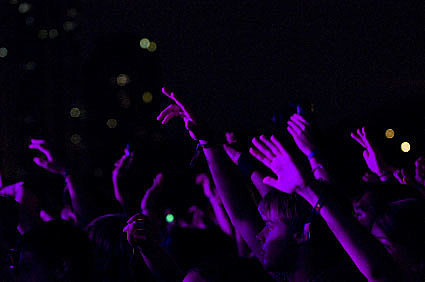 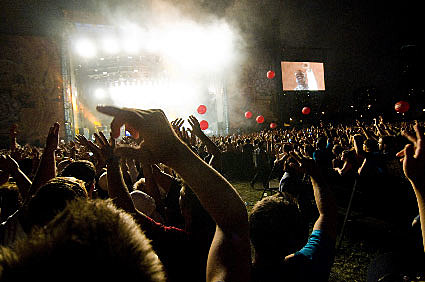 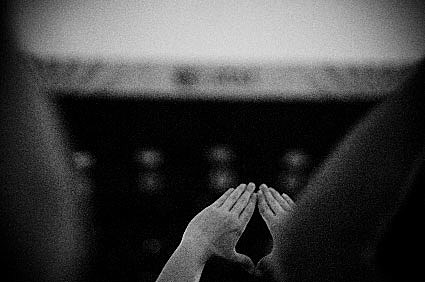 "For music fans, the allure of the city's "destination" music festival outweighed this summer's economic woes. Both of the evening's headliners, Chicago hip-hop megastar Kanye West and industrial rock godfathers Nine Inch Nails, pulled eager crowds. Neither audience was as destructive as those who smashed through a perimeter fence (and each other) during Rage Against the Machine's Saturday finale, although both groups certainly seemed more awake than Radiohead's reverent crowd Friday".
[Daily Herald]

Sounds like things turned out much better than Bonnaroo and no clothes were taken off and nobody was protesting.

Hopefully he is ok with this review.