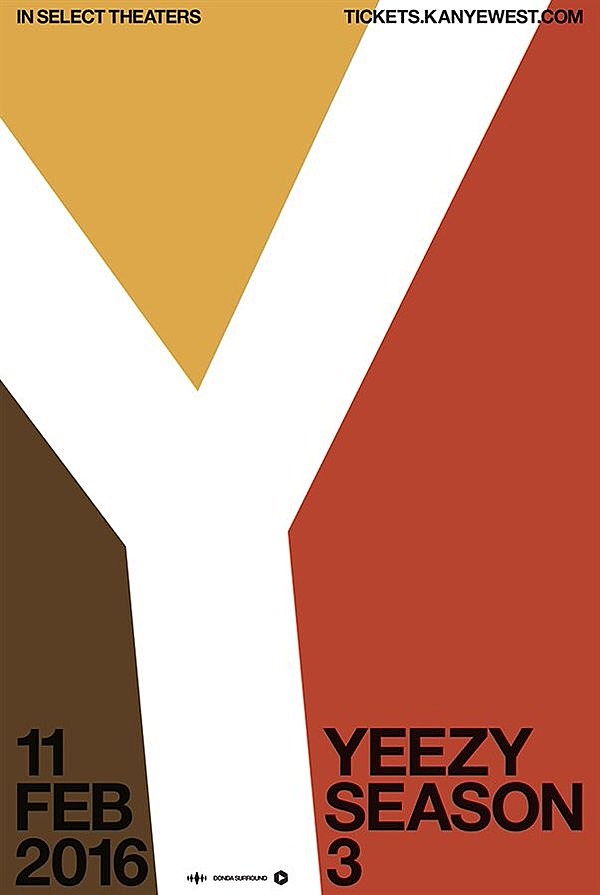 Kanye West's new album Swish is due out February 11, and Hip Hop n More reports that he'll debut it in its entirety at Madison Square Garden. It's part of Yeezy Season 3. It's not clear if he's performing music live, but you may remember he debuted "Wolves" at Yeezy Season 1 and "Fade" at Yeezy Season 2, both with very elaborate stage shows.

Yeezy Season 3 will also be broadcast in theaters worldwide at 4 PM EST. Tickets are already on sale for German theaters, and more locations will be available soon.

He also headlines NYC's Governors Ball in June and surely has something wild up his sleeve for that.

UPDATE 2: Kanye has tweeted some clarification on Swish. "This is not album of the year. This is album of the life."

UPDATE 5: A new tracklist, this time hinting at Chance the Rapper and Earl Sweatshirt's involvement: