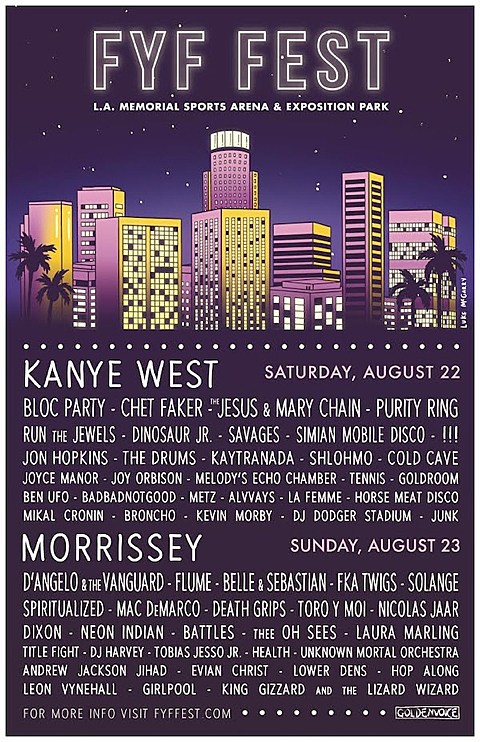 With a lineup that already includes Morrissey, D'Angelo and the Vanguard, FKA Twigs, Chet Faker, Flume, Belle & Sebastian and more, FYF Fest is excited to have Kanye West play this weekend in his newly adopted home of Los Angeles.

Tickets are still available, and this lineup tweak may have upped their demand just a bit. Check out the full schedule.