Kanye in mask (via Buzzfeed) 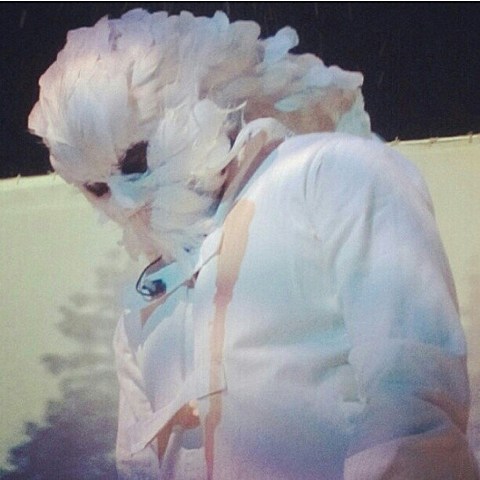 Kanye West did a three-night run in Atlantic City at Revel Ovation Hall from December 28-30. He performed completely alone on stage, without backup dancers, DJs, or a band, with widescreen projections of nature scenes behind him. The scenes changed a few times throughout the show, as did his outfits, which at certain points included two weirdly awesome masks -- one covered in diamonds and one covered in mock snow and/or feathers. For the set he stuck mainly to the hits, which at this point in his career results in a pretty long show, having touched on "Clique," "Mercy," "Power," "Jesus Walks," "Heartless," "Gold Digger," "Stronger," and many more.

At night 2, he gave a freestyle/rant during "Clique" about his criticism and about not receiving more major nominations in the 2013 Grammys. And on night 3, Kanye stopped in the middle of "Lost in the World" and asked, "Can we make some noise for my baby mama right quick?" implying that Kim Kardashian is pregnant. Neither Kanye or Kim have explicitly announced anything, but Kim's sister Kourtney later tweeted, "Been wanting to shout from the rooftops with joy and now I can! Another angel to welcome to our family. Overwhelmed with excitement!"

Kanye's friend/collaborator Jay-Z plays Barclays Center with Coldplay tonight for New Year's Eve. Maybe 'Ye will make an appearance? (though he probably has something better to do).

Videos of Kanye's "Clique" rant, his "baby mama" announcement, other songs from the show, the setlist from night 1, and another mask pic below...

Kanye in his other mask (via Buzzfeed) 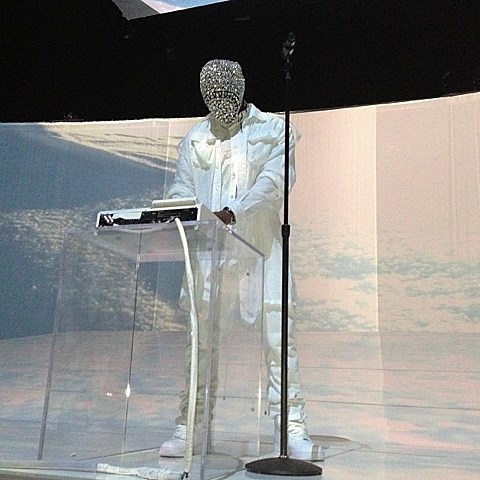