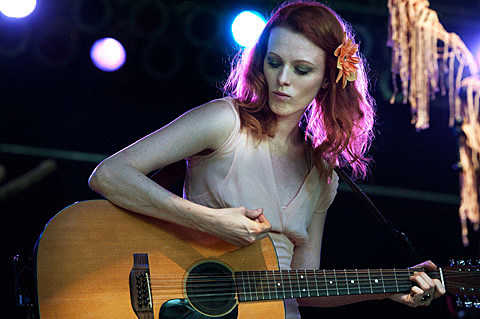 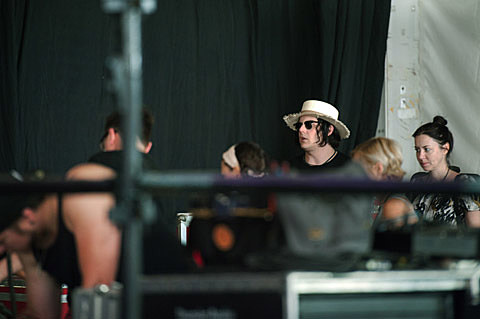 "Later at The Other Tent came a set from Nashville's most high-profile, willowy redhead supermodel-turned-songstress, Karen Elson. While orienting myself in the now-somewhat-spacious media area near the stage-right speaker stack, the crowd erupted in a brief fit. Why? What could it be? What did I miss? Oh, Elson's old man Jack White was visible side-stage for a fleeting moment. Between most of the attendees' visible Jack White boners and all the Third Man Records shirts present, I think it's safe to say a lot of TMR's built-in fan set was in attendance. And yes, Elson's band was made up of the expected cast of Third Man all-stars, among them Greenhornes/Raconteurs "Little" Jack Lawrence and the always-stellar Patrick Keeler. Elson's spooky, gauzy Americana tunes were strong and spacious enough to leave her players room to show off their chops, and her voice was stronger than I anticipated. Plus, "Stolen Roses" sounded like a bit of a nod to "Scarborough Fair."" [Nashville Scene]

That review, like the pictures in this post, refer to Karen Elson's Thursday night set at Bonnaroo 2011. One day later, aka today (6/10), Karen and Jack announced their divorce that they are celebrating in Nashville tonight. More pictures from her Bonnaroo set below... 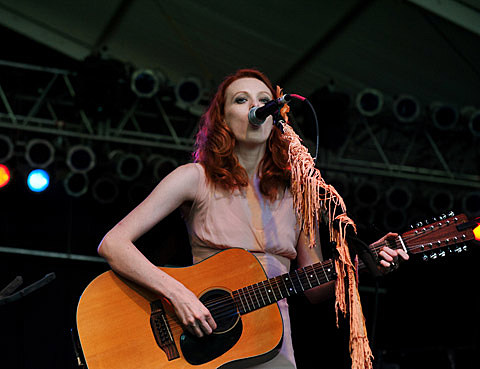 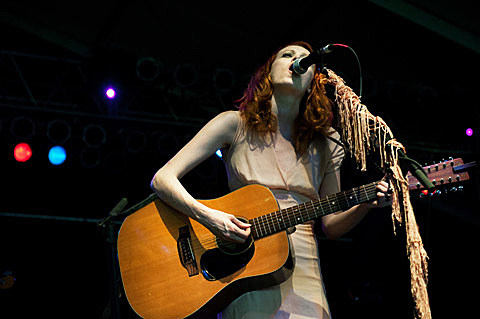 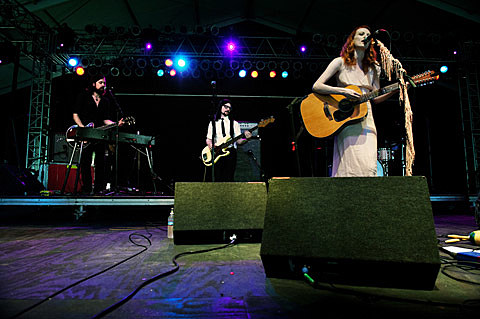 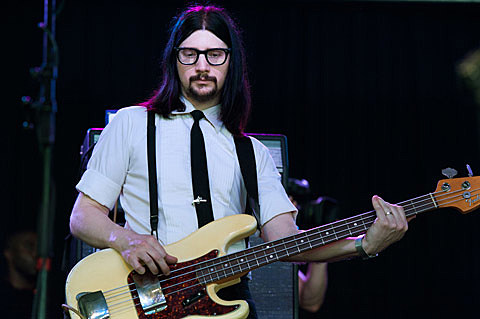 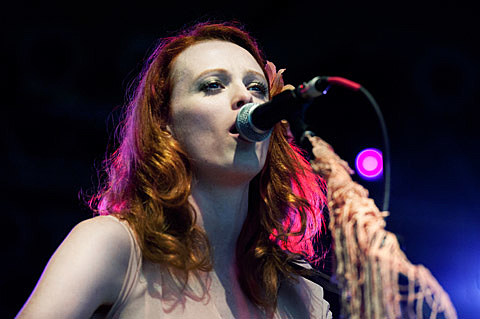 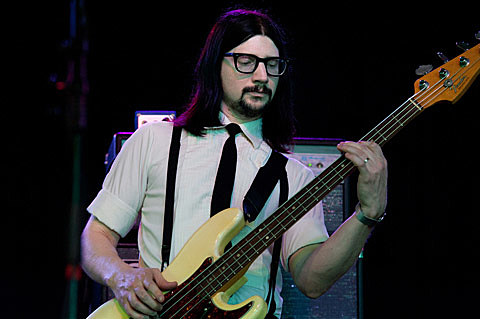 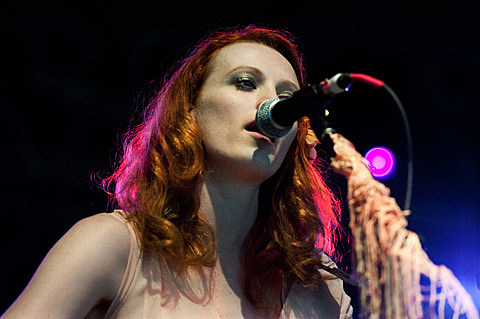 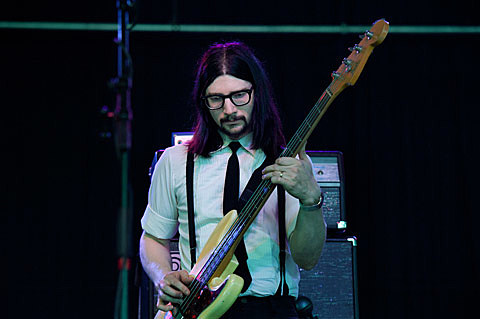 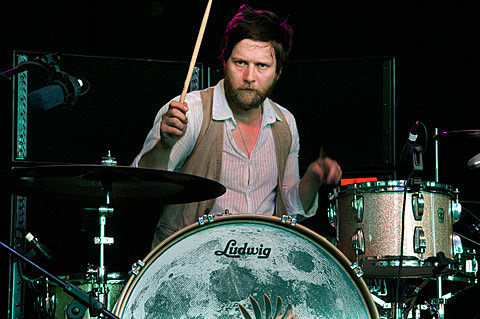 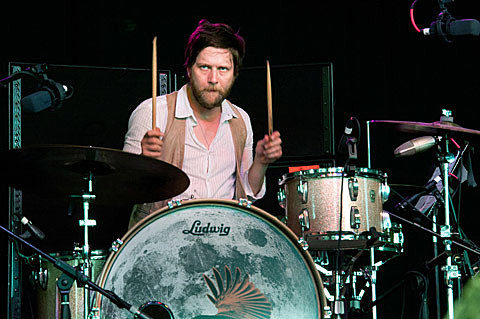 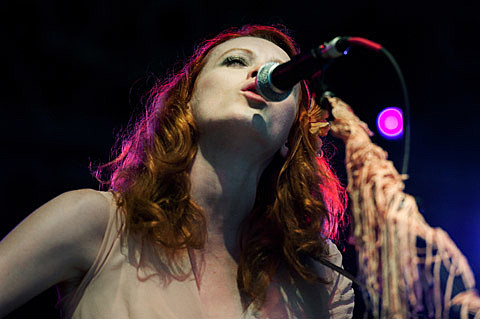 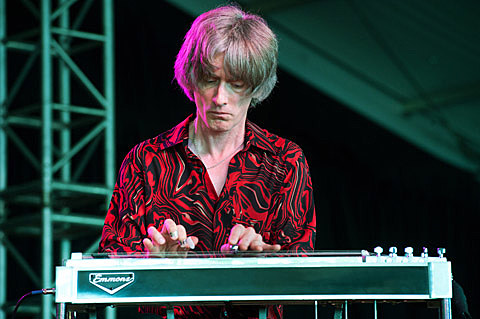 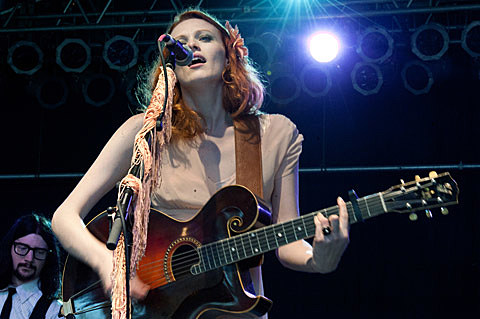 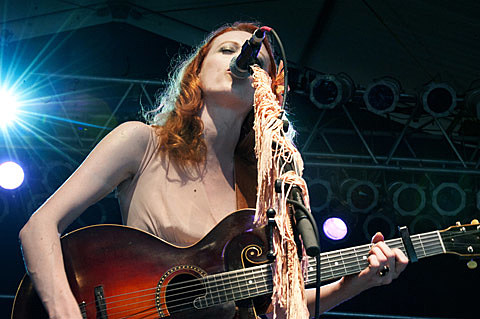 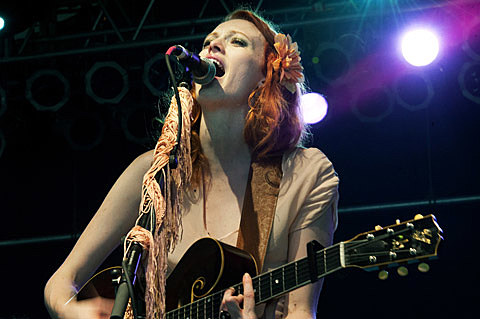 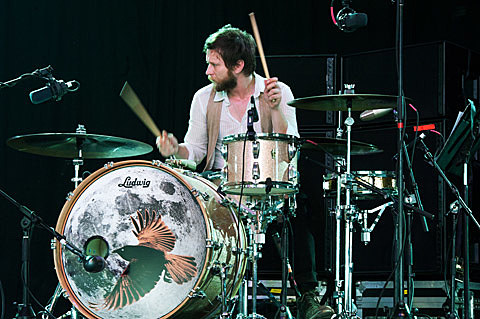 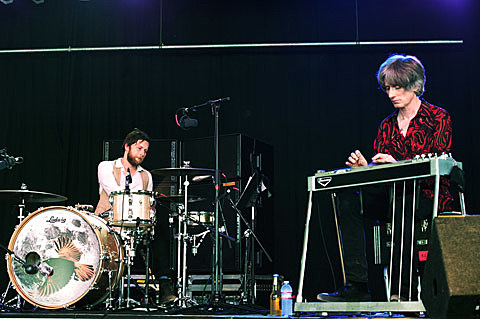 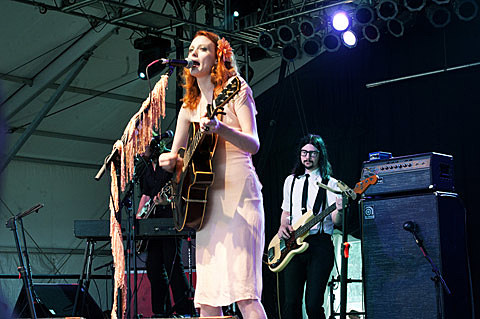 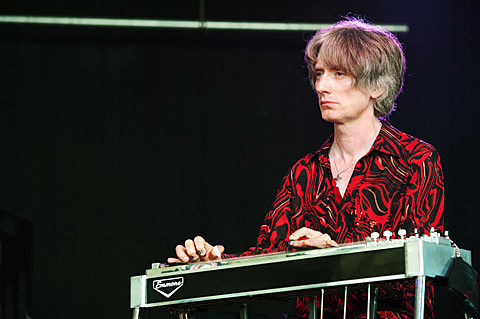 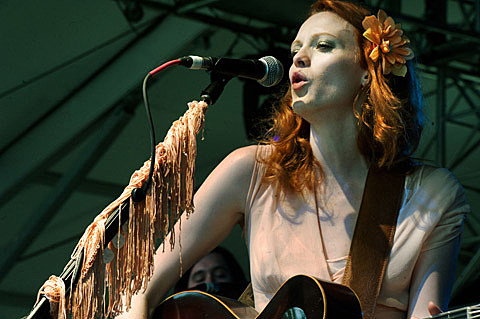