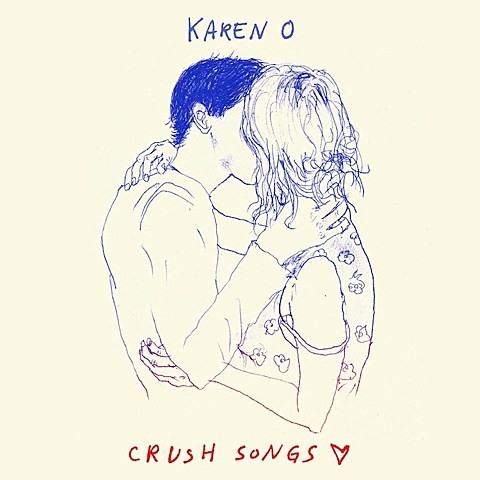 Yeah Yeah Yeahs singer Karen O recently announced that she'd release her first solo album, Crush Songs, on September 9 via Julian Casablancas' Cult Records, and she's now given us the first taste of the record. "Rapt" is under two minutes of bedroom singer/songwriter stuff with no more than her roughly recorded voice and a few guitar chords. Watch the video, directed by her husband Barney Clay with production by her Stop the Virgens collaborator KK Barrett, below.