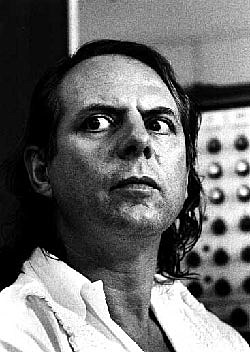 German composer Karlheinz Stockhausen, one of the world's most influential 20th century composers and a pioneer of electronic music, has died aged 79.

German broadcaster WDR, with whom Stockhausen worked closely for more than two decades, said in a statement he had died on Wednesday after a short illness at his home near Cologne in western Germany.

Best known for experiments with electronic music in the 1960s and 70s, Stockhausen, who composed more than 300 individual works, also had a significant impact on avant-garde and classical music.

The Beatles paid tribute to Stockhausen by putting him along with other icons on the cover of "Sergeant Pepper's Lonely Hearts Club Band." Miles Davis and more recently Bjork have cited him as a musical influence.

"Any sound can become music if it is related to other sounds ... every sound is precious and can become beautiful if I put it at the right place, at the right moment," he once said in an interview. He also said he loved silence. [Reuters]