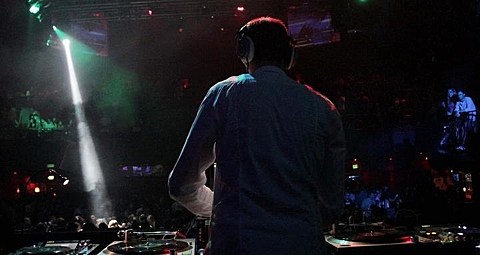 After releasing some EPs over the last few years, future bass producer Kastle is finally set to release his full length debut. The self titled album will be out on April 23 via Symbols and its first single, "Red Light," which features guest lead vocals from Ayah Marar, is out now. The second single, "Make You Stay" features guest vocals from Black Hippy collaborator JMSN (who did a lot of the vocals on Kendrick Lamar's good kid, m.A.A.d city) and that one will be out on April 9.

Similarly to XXYYXX, Kastle blends house and future garage in a way that's both delicate and club-ready, and Ayah Marar's vocals on the new single make it as catchy as any of Disclosure's recent collaborations. Stream that one below, along with a just-released non-single, "Work It Out," which prominently samples a Janet Jackson a capella.

Kastle doesn't have a full tour scheduled at the moment, but he does have a few upcoming dates, including one in NYC happening on May 3 at 285 Kent with hip hop producer Knxwledge (who has worked with Blu, Co$$, and others). Tickets for that show are on sale now.

All currently known dates are listed, along with song streams, below...