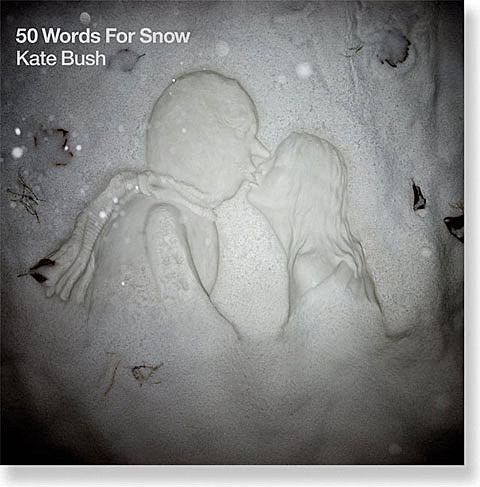 For the last two decades, Kate Bush hasn't exactly been someone that you can call very prolific. But after releasing Director's Cut, an album of reworked material from The Sensual World and The Red Shoes, this past May, Ms. Bush is back with her first album of all new material since 2005's Aerial. The album, titled 50 Words For Snow, will be released on November 21 on her own Fish People label. The album contains seven tracks and clocks in at 65 minutes. It contains guest vocals from actor/writer Stephen Fry and 19 year old singer Stefan Roberts, who attends York Minster. You can preorder the album on iTunes now.

As mentioned, Kate Bush hasn't toured since 1979 and doesn't plan on doing so. Maybe with two albums under her belt in one year she'll change her mind? We can only hope.

Tracklist and an (unofficial?) teaser video below...