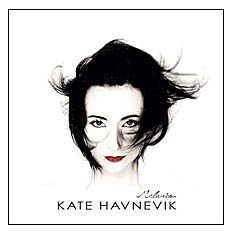 I'm not totally sold on Norway's Kate Havnevik. What I've heard so far doesn't sound bad, but maybe she steals a little too much from Bjork? (even her logo seems to be ripping off Bjork). Kate's credentials include a song on Grey's Anatomy, working with Royksopp, opening for Sigur Ros, singing backup vocals for Britney Spears (true), and now going on tour with Air. Tonight (March 22) she plays Joe's Pub in NYC. She also plays The Hotel Cafe in LA on March 27th - the same day her debut album is released here in the U.S. For the rest of her tour dates, see Air's. Listen to a SXSW interview with her here.

Has anyone seen her live? She played a few NYC shows already, and at least two at SXSW.