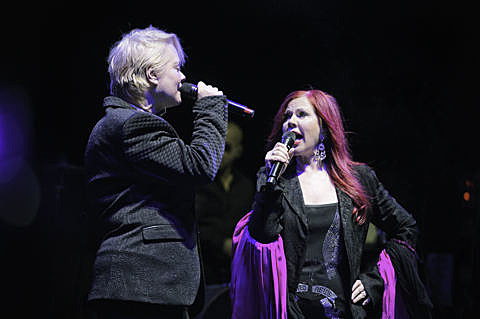 B-52 Kate Pierson's first solo album, Guitars and Microphones, comes out February 17, and a few days later she'll celebrate it with a release show in NYC at City Winery on 2/25. Tickets for that show (including a meet and greet option) are on sale now. If you haven't yet, check out three songs from the album (which features Sia, The Strokes' Nick Valensi and more) below.

That appears to be Kate's only announced solo date at the moment, but The B-52s are also touring this year and hitting the NYC-area on May 21 at Irving Plaza and May 22 at Wellmont Theater. Tickets for those shows are currently on BrooklynVegan presale (password: BV52s).