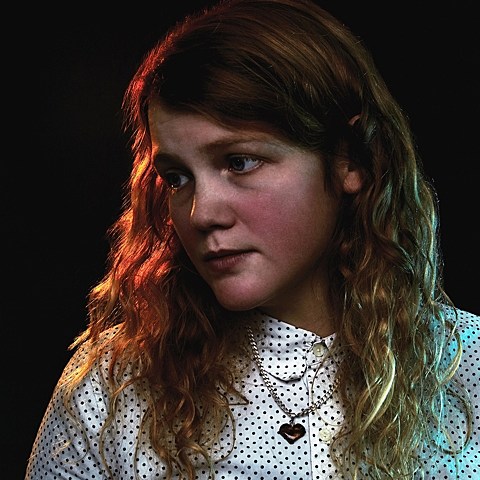 London artist Kate Tempest has been receiving a lot of acclaim over in her home country for her debut music album, Everybody Down, which came out earlier this year and is an interesting mix of spoken word and UK hip hop. (She's previously written a play and released spoken word poetry, among other things.) The album was shortlisted for the Mercury Prize, and landed on year-end lists from UK publications Q, MOJO, Uncut, NME, and the still-being-rolled-out list from The Guardian. Here's an excerpt from NME's review:

As a rapper, though, she's excellent, balancing deft flow and dense storytelling to the detriment of neither. Recorded in a fortnight stretch with Dan Carey, a producer and remixer for the likes of Bat For Lashes, Toy and Hot Chip, 'Everybody Down' brings to life a plotline that'll be more fully explored in Tempest's debut novel, published by Bloomsbury later this year. It's hard to imagine it being more gripping than this, though. Carey's neatly sculpted club productions tone down Tempest's occasional tendency towards whimsy, and inflate moments of emotion or tension. The result is both a 12-track album and a modern-day London fable: a tale of love, tragedy and redemption as elegantly plotted as The Streets' 'A Grand Don't Come For Free'.

Take a listen to the album in full, along with the video for "Circles," below.

Kate also has tour dates coming up, including several in Europe and a short trip to the US in 2015. She'll be here for SXSW and around that time she'll also play two LA shows and two NYC shows. The NYC shows happen March 24 at Mercury Lounge and March 25 at Rough Trade. Tickets for both are on sale now. All dates are listed below.