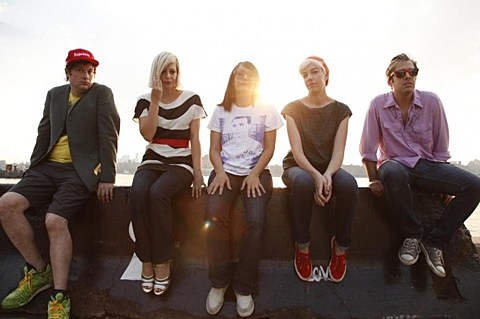 As mentioned, in December 2010 Kathleen Hanna debuted her new band, The Julie Ruin (named after Kathleen's 1997 solo album, Julie Ruin) at the Kathleen Hanna tribute that took place at Knitting Factory Brooklyn. Then, in December 2012, The Julie Ruin revealed their first song, "Girls Like Us," and now they've finally announced that their debut album will come out this year. The album is called Run Fast and it's due out on September 3 via The Julie Ruin's own TJR Records (distributed by Dischord). In addition to Kathleen, the band's lineup includes her Bikini Kill bandmate Kathi Wilcox, Kenny Mellman (of the duo Kiki and Herb with Justin Bond), Carmine Covelli, and Sara Landaeu (who teaches at NYC's Girls Rock Camp). The album artwork is below.

"Girls Like Us" will appear on the album, as will the new single, "Oh Come On." "Oh Come On" hearkens more back to Kathleen's Bikini Kill days than her time in the dance-punk group Le Tigre, which is very welcome considering the excitement behind the recent Bikini Kill reissue and just the general obsession with the '90s that's been going on (PS: you can stream most of Bikini Kill's discography at their bandcamp). Kathleen sounds hungry as ever on the track, screaming through a filter of distortion as her bandmates provide not-distorted girl-group-style backing vocals and a killer guitar riff running through the track. Download "Oh Come On" for free above or stream it below.

The Julie Ruin are set to play their second live show ever (following that Knitting Factory show in 2010) at the Pitchfork showcase at this year's Northside Festival which happens at Saint Vitus on Thursday (6/13). They'll join the previously discussed lineup of Majical Cloudz, Body/Head (aka Kim Gordon and Bill Nace), and Foreplay. That show is sold out, but if you get there early, you can still try to get in with your Northside badge. Updated show flyer below. 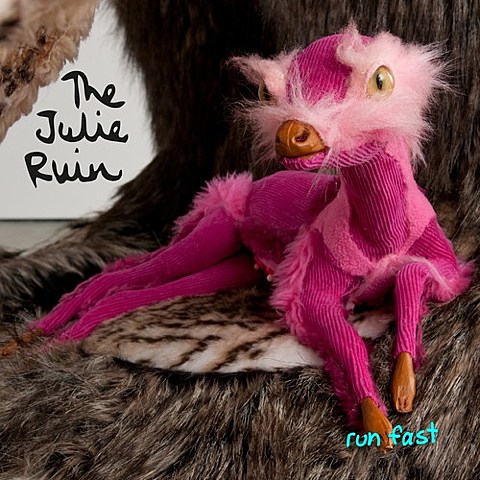 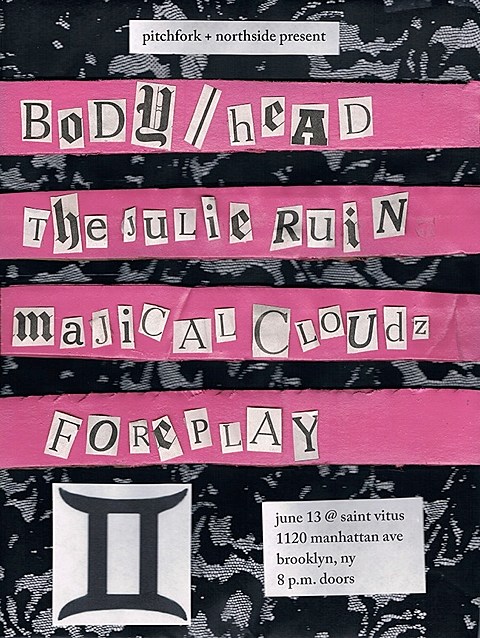