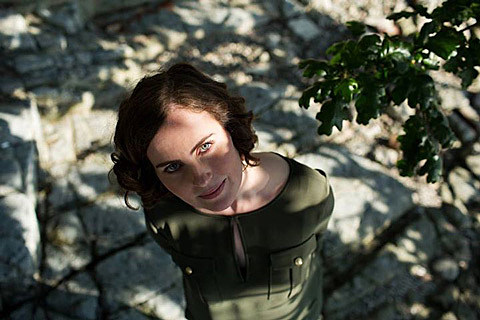 Kathryn Calder of New Pornographers released her third solo album back in April. While the self-titled record has a few pop moments like her other gig, it also has some very lovely, dreamlike and pastoral songs as well. It's worth checking out and you can stream it via Rdio and watch the video for "When You See My Blood," below.

Kathryn is currently out with her uncle Carl Newman and the rest of New Pornographers on tour, and will be in NYC to play a free Celebrate Brooklyn! show in Prospect Park on July 11 with Thao & The Get Down Stay Down. They'll both also play Woodstock's Bearsville Theatre on July 9 (tickets are on sale). Later this year, Kathryn will be playing some live shows of her own. While a full tour hasn't been anounced, she will play NYC's Mercury Lounge on September 11. Tickets go on sale Friday (6/5) at noon with an AmEx presale starting Wednesday (6/3) at noon.

Album stream and video, below...