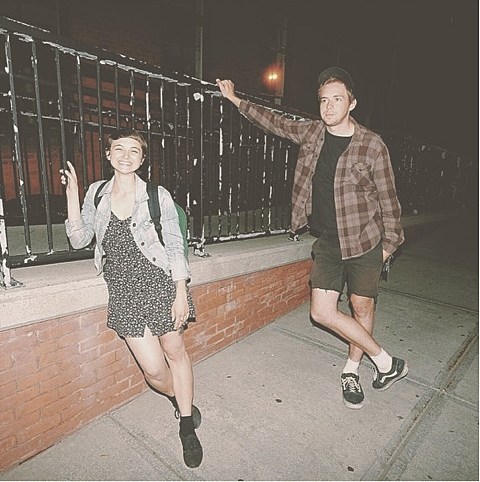 Chumped are on hiatus, but we recently mentioned that singer Anika Pyle and drummer Dan Frelly formed the new band Katie Ellen. They've already played a few shows, and this week they released their first song, "Lucy Stone." It's more lo-fi than anything Chumped had ever done (though they are saying it's just a demo), but the melody and drive of that band aren't lost at all. It's a heavy song lyrically, dealing with the very real anxieties surrounding expectations that are set for you by family/society/loved ones/etc: "Well I don't wanna have your children / Does that make me less of a woman? I don't believe in getting married / It's a social economic prison." Listen below and download it for free here.

Katie Ellen's next show is playing the next installment of comedian Chris Gethard's 'Career Suicide' show, "an hour of stand up focusing on suicide, alcoholism, and all the other funniest parts of life." It happens December 21 at Union Hall. Tickets are on sale.