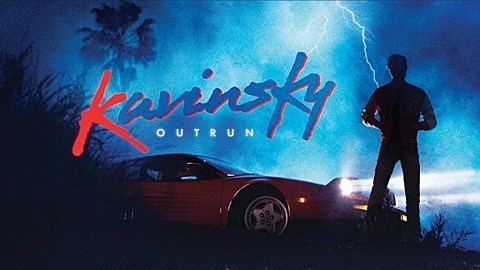 French house producer Kavinsky has been at it for a few years but really picked up speed after his collaboration with CSS singer Lovefoxxx, "Nightcall," was used in Drive, and was one of the standouts on the all-around great soundtrack. Now he's finally released his debut full length, OutRun, which came out this week (2/25). The album was co-produced by Ed Banger DJ SebastiAn and features guest vocals from Havoc of Mobb Deep.

It's got the same type of '80s soundtrack feel as his contribution to Drive, and if you liked "Nightcall," you'll probably think these tracks are pretty solid too. It also shows that like fellow French producers Justice, Daft Punk, and his collaborator SebastiAn, he's already got his own sound on his debut album. You can watch the video for the album's single, "ProtoVision," and listen to a Blood Orange remix of the track, below. The whole record can be streamed on Grooveshark.

Kavinsky has a few shows coming up, including an album release party for OutRun in NYC, which happens on March 8 at Webster Hall at the Girls & Boys party. Kavinsky and Dave 1 (of Chromeo) will both be DJing, along with G&B regular Alex English, more guests TBA, and some DJs in the Marlin Room and the Studio as well. Tickets for that show are on sale now.

All upcoming dates are listed, along with those song streams, below...