DOWNLOAD: Kay Kay and His Weathered Underground - He Momma (MP3) 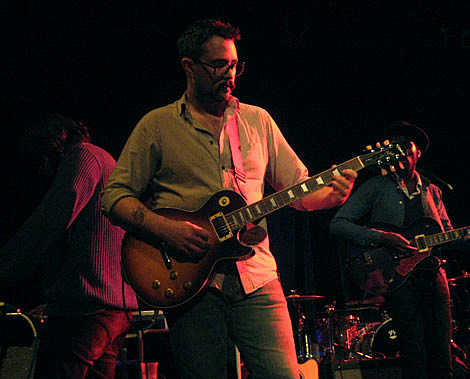 It's another busy weekend of shows, so much so I'm breaking this week's TWiI into two parts. First and foremost on tonight's (7/9) agenda is the We Are the Wiley benefit at the Shank featuring Lightspeed Champion, Adam Green and Chairlift. Besides being a great lineup in and of its own, the money goes to a good cause. As you may have read in an earlier post, Jon Wiley -- who fronts Spacecamp when he isn't playing in Adam Green and Lightspeed Champion or being an all-around good guy -- had a scare earlier this year that left him diagnosed with MS, and a mountain of medical bills. Like most musicians out there, Jon's has no insurance so please come tonight and help out. The event is co-sponsored by Wanduta, a new national organization designed to support and protect independent musicians, and all proceeds go towards Jon's medical bills.

And you'll get to see Lightspeed Champion play his killer new stuff (he was great at Mercury Lounge a couple weeks back), headliners Chairlift who have gotten better as a live band every time I've seen them, and the always unpredictable Adam Green. And I wouldn't be surprised if Spacecamp didn't play a couple songs too, seeing as they're the backing band for both Adam and Lightspeed. Admission is $15 and is 21+.

Kay Kay and his Weathered Underground 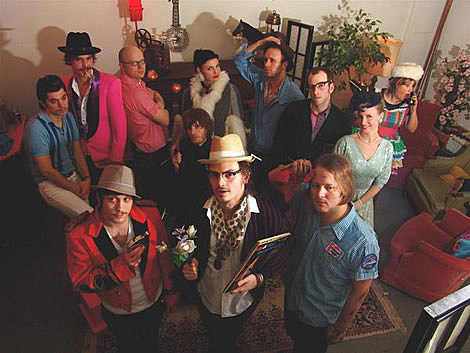 Philadelphia's Mewithoutyou and Atlanta's The Dear Hunter (not Deerhunter) and on tour together and are playing tonight (7/9) at Music Hall of Williamsburg and tomorrow (7/10) at Bowery Ballroom. But I'm not hear to talk about them. Opening for both shows are Seattle's Kay Kay and His Weathered Underground who are one of the city's best bands though maybe you've never heard of them as they don't play outside of their hometown too often. A musical collective that expands and contracts anywhere from 10 to 15 depending on the show, Kay Kay are led by Kirk Huffman and Kyle O'Quin who have other many bands on thier own. (Huffman in particular stays very busy.) Their self-titled debut is clearly in love with the lush, baroque pop of the late '60s and early '70s: think The Zombies (or Colin Blunstone's first solo album), The Left Banke, and Harry Nilsson. If you wanted more recent comparisons, Jellyfish, Jason Falkner or The Format. It holds up to those comparisons pretty well too, as you can hear on their highly-recommend self-titled debut, which was released on vinyl and digitally last year and came out on CD in May of this year. It's too bad they aren't doing a headling date of their own somewhere, but who knows when they'll make it back this way? 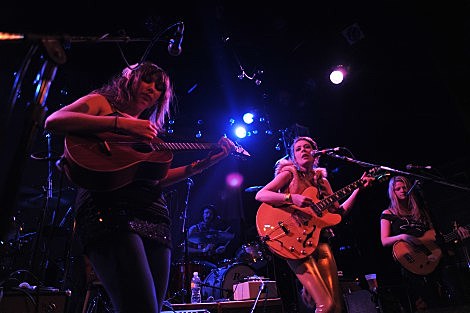 And a couple other recommended shows tonight: I've been really enjoying Those Darlins' just-released debut album which is sort of like garage rock Tammy Wynette -- and they are a lot of fun live. The whole bill is solid: Jon Spencer's rockabilly explosion Heavy Trash, and the amazing Shilpa Ray & Her Happy Hookers. And if you can't make it tonight, they play Southpaw tomorrow (7/10) with Country Mice and the So So Glow.

Finally, if you haven't seen The Drums yet, they play Public Assembly tonight, but you've got lots of chances to see them.

Tour dates, videos and flyers after the jump.... 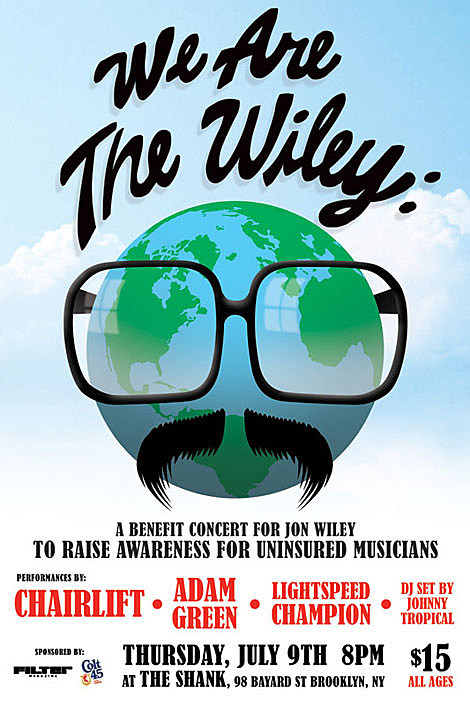 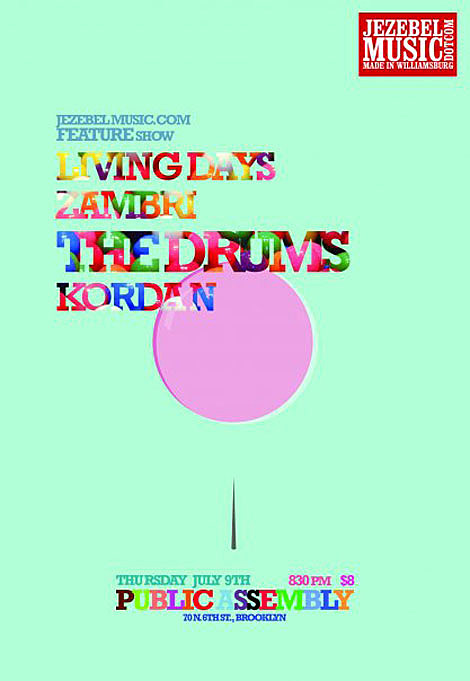 Those Darlins - "Wild One"