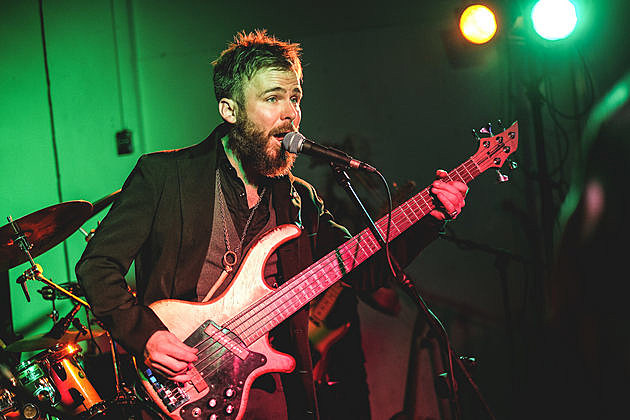 Kayo Dot warned that Coffins on Io, their new album to be released on October 16 via The Flenser Records, was going to be different. In the PR-cast baited hook that accompanied the original announcement, leader Toby Driver said as much: "Basically the vibe that we're going for here is inspired by 80s retro-future noir-- Blade Runner. I wanted to make a good record to put on while you drive across the desert at night under a toxic, post-apocalyptic atmosphere." Then, there were the touchstones. To describe a track, Driver said, "The sound is kind of like a sexy combination of Type O Negative, Peter Gabriel, Sisters of Mercy." Huh. You didn't want to doubt him because Kayo Dot has show themselves to be adept at anything -- blasted-to-pieces chamber music, heartfelt doom, ultra-dark proggy jazz; whatever you got. But gothy new wave Vangelisms? For real?

"Library Subterranean" alleviates doubts. Beginning with an atmospheric overture recalling Killing Jokes' Brighter Than a Thousand Suns, the song then drops into a section of floaty synth-driven art pop, complete with Driver's airy, yet limber singing. At this stage, "Library Subterranean" can barely be contained, almost the listening equivalent of sliding around linoleum in socks. The track careens from style to style, sound design to sound design, and the thrills and spills are bracing. However, Kayo Dot will soon lock in. At 2:55, they start aligning and recalibrating the instruments, first with a pulsating thrum that's Meshuggah if played by Ashra, and then with a biting/corrosive guitar-led chase that's straight Voivod. For its finale, "Library Subterranean" transitions into King Crimson in a volume duel with Urban Sax. Welcome to your what?/whoa! moment.

Now, I know how that reads, but it works. And that's the thing: while it's playing, "Library Subterranean" flows perfectly. It's just that when you're thinking about it afterwards, you can't even fathom how they put this together. In fact, you sound like a crazy person even trying to recount it. But, hey, that's how Kayo Dot have always been and will be, no matter the genre they're trying to climb. They're a band of a thousand sounds and all of them somehow end up equaling the real Kayo Dot. The track premieres here and can be streamed below.

In preparation of the release, Kayo Dot will be playing a show at NYC's Trans-Pecos with Islaja and Ill Convoy on September 20. Per the Facebook event page, Driver promises a new song will be unveiled. Other things you learn from that link: Driver, when he's not composing wild soundtracks and next-level songs, is money with descriptions of other artists. On the beguiling bedroom avant-pop of Islaja:

Her first US show ever?!?!?! I really don't know, but damn! It's like icy boreal lonesome bedroom vibes, like Burzum if he was actually a good musician, not interested in metal, and not a racist piece of shit

Mr. Driver, Invisible Oranges has openings. The other band, Ill Convoy, is a collaboration between Brandon Seabrook and Judith Berkson. Seabrook has displayed his guitar fret acrobatics on record a couple times this year, both solo and as a guest. Should be interesting.

Stream "Library Subterranean," with a video from Islaja, below... 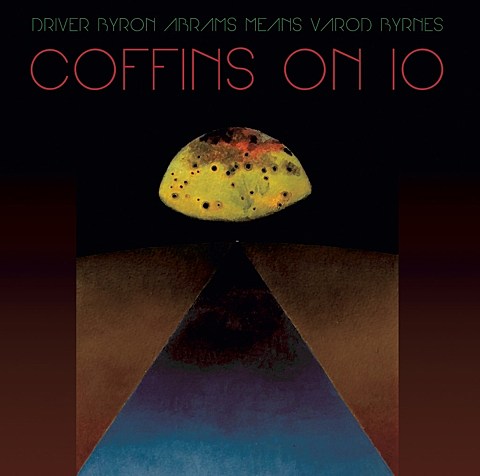