In my opinion, Keelhaul should be enjoying the same level of success as bands like The Fucking Champs and Pelican. - Mike Hill of Tombs 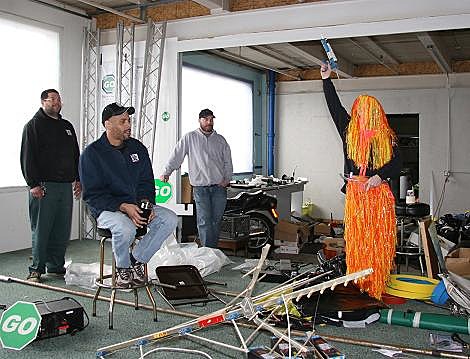 I agree with Mike. And if there is such thing as justice, maybe Keelhaul's ironically titled new album, Keelhaul's Triumphant Return to Obscurity will have just the opposite effect. Due via Hydra Head on August 18th, Triumphant Return (is what I am calling it) marks their fourth LP in their ten years as a band, and their first LP since 2003's Subject To Change Without Notice.

Keelhaul, who recently played a string of dates with Isis (that also included Tombs & Pelican at points), is currently streaming two new songs at their myspace, one of which, "Pass the Lampshade", is available for download above!

The band has scheduled a few shows for the coming weeks including a NYC show. More on that below, but first....

Long an admirer of both the Show No Mercy column, as well as the series of Brooklyn shows with the same name, it is my privilege and honor to announce the August edition at Public Assembly on the 2nd, co-curated by Brandon Stosuy (doy) and yours truly! Despite having one band still TBA, I'd say that we already have a pretty massive lineup. And it is: Keelhaul, Minsk, and STATS! More to come.

Minsk recently dropped With Echoes In The Movement Of Stone, easily my favorite album of theirs to date, and the picture perfect definition of the word epic. Check out "Three Moons" from Echoes above. Minsk is currently on the road with the great Wolves In The Throne Room, but recently announced a European tour with A Storm of Light. All dates below.

STATS recently dropped their new EP, Marooned for gratis (if you want) download. Download the EP above and don't forget to donate to the band if you can. STATS currently has one show on their calendar besides Show No Mercy. That is Death By Audio on July 19th with Talibam! and Altamira.

Show No Mercy JULY is this Sunday (7/5) at Public Assembly, and features performances by AxCx (recently played Europa), Fuck The Facts (who released Disgorge Mexico on limited vinyl), Locrian (playing twice this weekend) , Copremesis (who are giving away almost their entire catalog), and Gwynnbleidd. Want to go for free? I have two pairs of tickets to give away at BVCONTESTS@HOTMAIL.COM with a subject line of "AC". Please include your first and last name. Winners will be notified the afternoon of July 3rd.

Minsk and Keelhaul tour dates, as well as the album art for Keelhaul's Triumphant Return to Obscurity, are below... 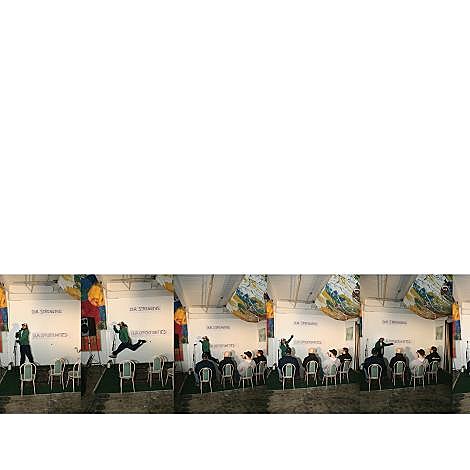