Keep Shelly in Athens in Chicago in Nov. (more by Ben Rodig) 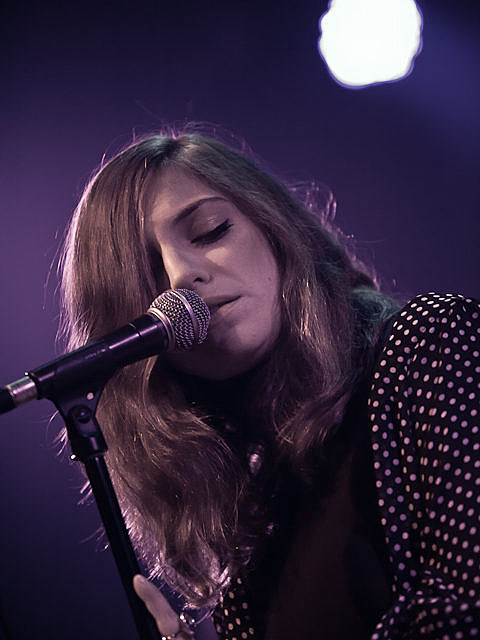 Greek duo Keep Shelly in Athens have been releasing a solid handful of material this year. Their most recent EP, Campus Martius, came out this week on Planet Mu. It opens with a remix of Solar Bears' "Cub" before offering three new original tracks. The material on Campus Martius is noticeably darker than the other tracks the duo released this year, which have generally sounded much breezier. The first original track is a slow burner called "The Chains," filled mostly by a muffled rhythm and Sarah P's drifting vocals, until thunderous snares and industrial synths take over at the song's end. While Sarah's vocals are increasingly becoming the focal point of the group, the EP's title track is largely instrumental (very Pet Sounds of them). The song's drum patterns are light, but by far the most spastic on the EP, and the only trace of vocals is in the form of some great pitch-shifted samples. The darker edge of this EP comes out the strongest on its closing track, "Struggle With Yourself," which utilizes the muddiest synths I've ever heard on a KSiA song. You can listen to "Campus Martius" and "Struggle With Yourself" at the bottom of this post and purchase the EP at the Planet Mu webstore. Artwork and tracklisting are also below.

Keep Shelly in Athens were last in NYC, not long after they played Chicago, for their Bowery Ballroom show in November. OneThirtyBPM spoke pretty highly of that show:

Often acts that deal in the sample heavy arrangements that Keep Shelly In Athens take a while to come into their own as performers. A variety of hindrances often hold their sets back. Whether an inability to play with the tracks, an inability to make such playing interesting, or an inability to replicate the fullness of their recorded output, bands like this often suffer at this stage of their live career, but KSIA does nothing of the sort. The recorded tracks and synth parts serve to augment live guitar, drums, and vocals, much like Portishead always has.

This certainly isn't to say that Keep Shelly In Athens is at this stage in their career the live behemoth that Portishead has become, but they show the promise that they'll eventually get there. Though the 80s tinge on their earliest EP had them lumped in with the chillwave and Balearic pop movements, their live show is so much more rewarding than many bands in those trends have ever been. Though bands like Washed Out, Toro Y Moi, and Delorean are moving away from the sampler driven live shows that they've exhibited early on, they still aren't quite exhibiting the muscle that KSIA does, at least in a live setting.

They'll return to NYC for a smaller show which happens on April 2 at Glasslands. Tickets are on sale now. This is the only US show that they currently have scheduled, but it wouldn't be surprising if they end up going on a tour surrounding a festival appearance like they did this year with Fun Fun Fun Fest.

Song streams, artwork and tracklisting below... 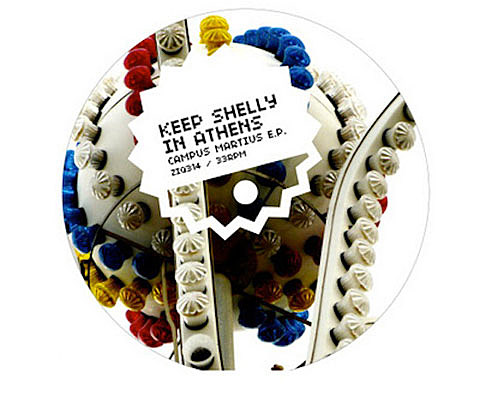