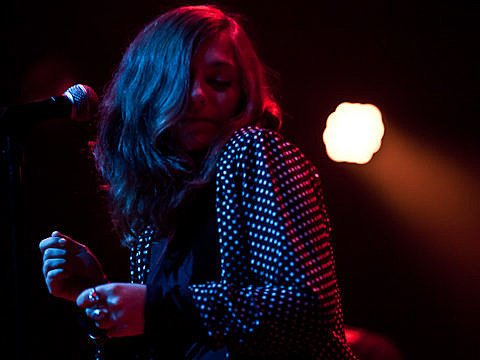 Greek futuristic pop duo Keep Shelly in Athens have been putting out EPs for years, and they're finally set to release their debut full length, At Home, on September 17 via Cascine. So far they've revealed two singles from that album, "Oostende" and "Recollection," both of which you can stream below.

KSiA will be supporting the new album with a North American tour in October that they'll be co-headlining with labelmate Chad Valley (whose band, Jonquil, toured with them last year). That tour hits NYC on October 10 at Mercury Lounge and October 29 at Glasslands. Tickets go on sale Friday at 10 AM for the Glasslands show and noon for the Merc show.