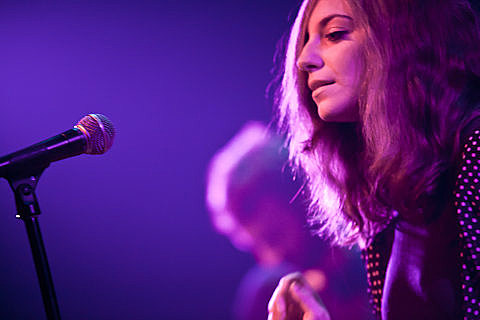 Still more Visa Issues, this time for Greek synthpop band Keep Shelly in Athens whose tour with Chad Valley was supposed to begin tonight (10/9)in Washington DC. But this time there's a new wrinkle: "Keep Shelly are being kept in Athens longer due to immigration/embassy problems and government shutdown!" That means they will not play Thursday's show (10/10) at Mercury Lounge, though Chad Valley and Ski Lodge will still play (tickets).

KSIA will, however, make it in time for their show later in the month at Glasslands on October 29 (tickets) and will play a make-up show at Mercury Lounge the day after (10/30) (tickets).

This marks the third show/tour this week in NYC -- along with TOY and Alexander Von Mehren -- canceled due to visa/immigration problems. Updated Keep Shelly in Athens tour dates are below.