Kelela at MHOW during CMJ 2013 (more by Amanda Hatfield) 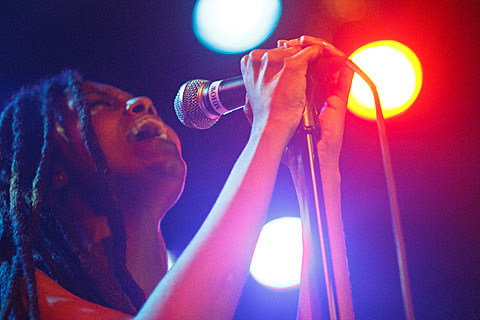 R&B boundary pusher Kelela just followed her impressive debut album/mixtape CUT 4 ME with a new single, "The High." Like on her mixtape, she eschews typical R&B production in favor of working with producers of the IDM/bass/future garage/etc variety. This one, produced by Gifted & Blessed, is murky, downtempo and hardly melodic, and it serves as an excellent background for the atmospheric crooning Kelela does on the track. Listen to it below.

Kelela plays around NYC a lot, and she'll do so again, as she's just announced two US shows to follow her appearance at SXSW: one in LA and one in NYC happening on April 3 at Rough Trade with "special guests." Tickets for the NYC show go on sale Friday (2/7) at noon. 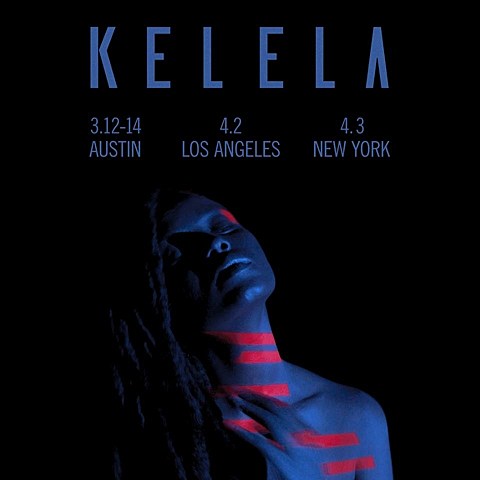