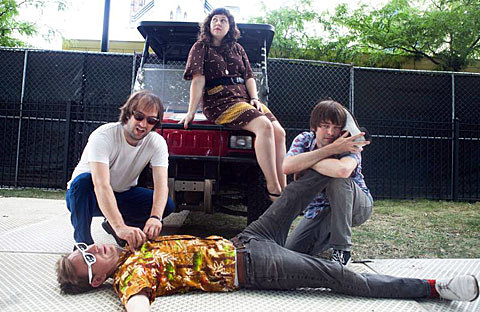 Kelley Stoltz and Sonny & the Sunsets are going to be tourmates for the next couple of weeks, but they are more than just roadmates... they play in each other's bands. Or to put it another way, when Sonny sings it's the Sunsets, and when Stoltz sings it's his band. That's one way to save on touring.

Their tour includes NYC stops at Mercury Lounge on Thursday, September30 and Union Hall on Friday, October 1. Both are early shows. Both are on sale (click the links).

Stoltz produced Sonny & the Sunsets' Tomorrow is Alright, which also features members of Thee Oh Sees and The Fresh & Onlys. It's ten songs of laid-back California folky charm, spare but produced just enough to give it flair. Two of those songs are downloadable at the top of this post, including the terrific, melancholic "Too Young to Burn." The record was originally released on vinyl via Soft Abuse but can now be got in digital and CD form through Fat Possum. 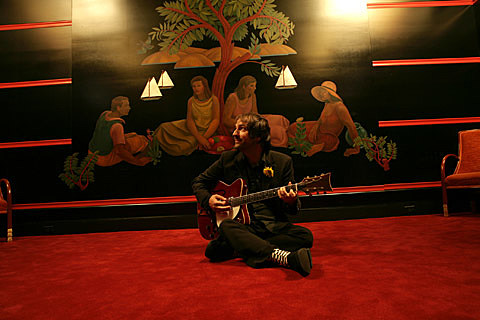 Meanwhile, Stoltz is set to release his third album for Sub Pop, To Dreamers, on October 12. A devout home taper, this is  definitely his most "produced" record yet, and the first where Stoltz didn't play all the instruments himself. It still, however, continues his obsession with all things Kinks, Beatles, and Bunnymen. (Maybe a little Turtles and Monkeys too.) Check out the crazy-catchy "I Don't Get That" at the top of this post.

After their tour together, Sonny & the Sunsets will tour with Best Coast (whose current tour hits NYC this week) for some Southwest and West Coast dates, as well as dates with Tennis and Pains of Being Pure at Heart (who headline the BrooklynVegan CMJ showcase this year).

Then in December, Stoltz will open for his heroes Echo & the Bunnymen on a UK tour. You may remember that Stoltz' first-ever release was Crockodials, a song-by-song redo of the Bunnymen's classic 1980 debut. You can hear his version of "Rescue" at the top of this post.

All Kelley Stoltz and Sonny & the Sunsets tour dates -- together and apart -- are below.... 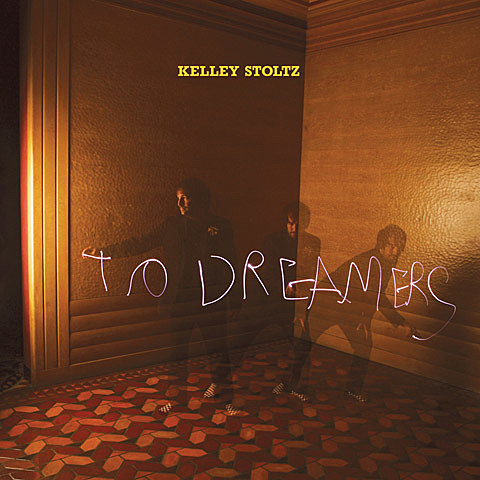