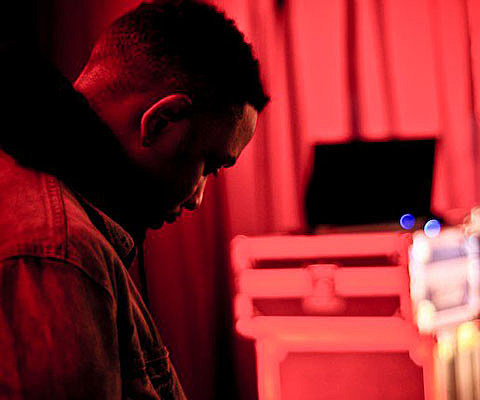 XXLMag and Hennessy are teaming up to present Kendrick Lamar at S.O.B.'s TONIGHT (12/19). The show will also a feature of showcase of artists from XXLMag's The Break, "the spot where new MCs get to show and prove their skills." The Break showcase will include Mr. Muthafuckin eXquire (who also plays Highline Ballroom with Action Bronson soon), Emilio Rojas, Phile Ade, and King Mez. Doors open at 8 PM and Hennessy is serving free drinks, You must be 21+ to enter, but you might have to be on list. Kendrick, the venue and XXL don't make that 100% clear. The show flier is below.

In February Kendrick is heading out on tour with Drake, who will meanwhile be in NYC (and on TV) on New Year's Eve (you can try to see it live via that link). As previously mentioned, ASAP Rocky was also chosen for Drake's tour (which was originally supposed to happen in the fall). All of those dates and a video of ASAP talking about Drake, Kendrick, Odd Future and other stuff, below... 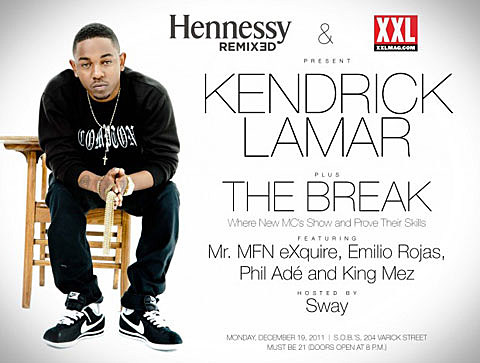