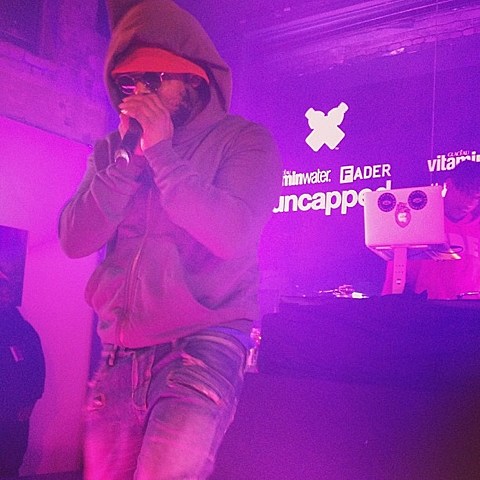 Power 105.1's Powerhouse is returning this year, this time happening in Brooklyn on November 2 at Barclays Center with Kendrick Lamar, Schoolboy Q, Big Sean, 2 Chainz, Meek Mill, Fabolous, Trey Songz, and K. Michelle. Tickets go on sale Saturday (9/21) at 10 AM with an AmEx presale and Internet presale (password: "power") starting today (9/19) at 10 AM.

Kendrick, Schoolboy Q, and Big Sean will be in the NYC-area even sooner for NJ's Rock the Bells in October (tickets).

For Kendrick Lamar, Powerhouse happens in the middle of his tour with Kanye West. Kanye's tour hits NYC on November 19 & 20 at Barclays Center and November 23 & 24 at MSG, but Kendrick hasn't been announced as an opener for those shows (neither has anyone else). Tickets for all four NYC shows are still available. Updated Kendrick dates are listed below.

Schoolboy Q was just in NYC for a vitaminwater #uncapped show on Monday (9/16), during which he brought out Kendrick Lamar to perform their song "Collard Greens." The pair also just performed the song on The Arsenio Hall Show (that's not a typo, he has a talk show again), and you can watch videos of both of those performances below.