Kendrick Lamar bowing down to the Queen (via Global Grind) 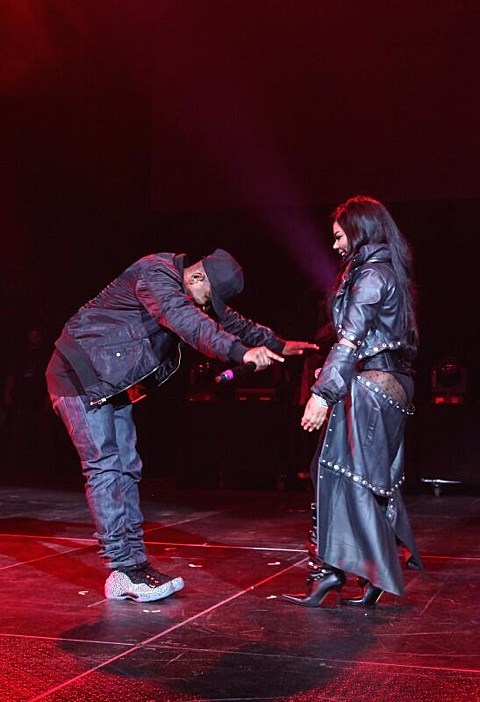 Power 105.1's Powerhouse came to Brooklyn's Barclays Center on Saturday (11/2) with a number of rappers, including Kendrick Lamar, Schoolboy Q, Big Sean, 2 Chainz, Meek Mill, Fabolous and more. During Kendrick's set, he brought out Brooklyn's Queen Bee Lil Kim to do "Get Money" and "All About the Benjamins." Check out a video of that below.

Meek Mill also brought out a surprise guest, Nicki Minaj, to do a few songs with him. You can also watch a video of that (via Vibe) below.

Backstage at the show, Nicki was also interviewed for Power 105.1, where she addressed not being mentioned in Kendrick Lamar's infamous "Control" verse, rapping versus going pop, and more. Video of that is below as well.

Kendrick Lamar will be back at Barclays Center when his tour with Kanye West hits the venue (11/19). Kanye's tour also includes an MSG show with Kendrick (11/23) and two NYC dates with A Tribe Called Quest.