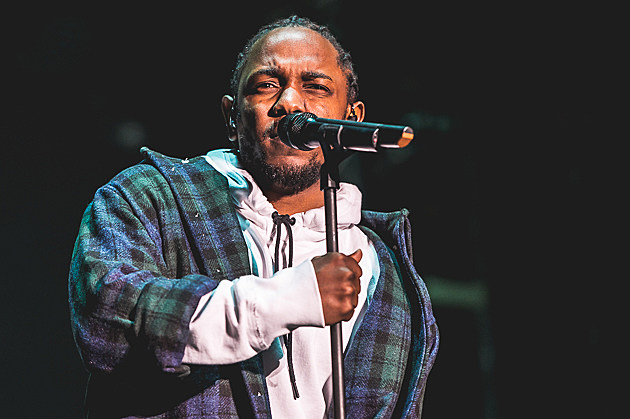 More presenters have been announced for the upcoming Rock n' Roll Hall of Fame induction ceremony for N.W.A., Cheap Trick, Steve Miller, Deep Purple and Chicago which goes down April 8 at Barclays Center. The most exciting of these announcements is that Kendrick Lamar will be handling the induction of N.W.A., which is an exciting inclusion of a young, relevant artist to the ceremony. The Compton native and Dre collaborator appeared during the end credits of the N.W.A. movie Straight Outta Compton to talk about the group's influence. So this is a cool, fitting announcement.

The other, more depressing announcement is that the great Cheap Trick will be inducted by Kid Rock. Not much to say about that. He'll join the previously-announced presenters The Black Keys, Lars Ulrich and Rob Thomas at the event, which will be broadcast on HBO. There are still some tickets left for the show. Hopefully Ritchie Blackmore can make it.

Check out an interview that Kendrick did with N.W.A. for Billboard around the release of Straight Outta Compton, below.