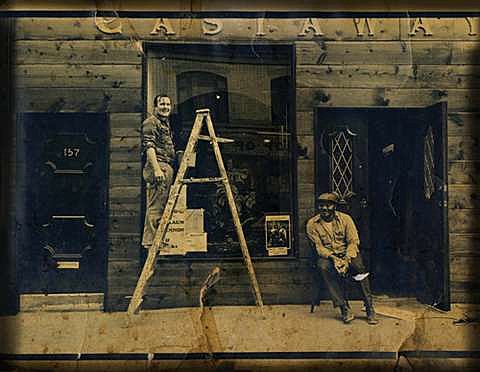 Greenwich Village music scene landmark Kenny's Castaways will close "on or about" September 30 after 45 years in business. Though it's glory days were long gone, the club has played host to New York Dolls, Patti Smith, Bruce Springsteen, Aerosmith among many more, was the location of Phish's first NYC show and the supposed location where Joey Ramone met Dee Dee. They occasionally still got a notable show -- Allo Darlin' played there during CMJ 2010 -- but, like much of the Bleecker St. scene of old, Kenny's days as a rock destination have been over for a while. Still, it's sad to see a bit of history go.

After Kenny's closes, it will become a new restaurant/music venue reportedly called Carroll Place, which is what that block of Bleecker used to be known as in the 1800's and that address has been a pub of some sort since around that time. So if you near there in the next six weeks, maybe stop in, have a beer, check out the memorabilia on the walls and say goodbye.