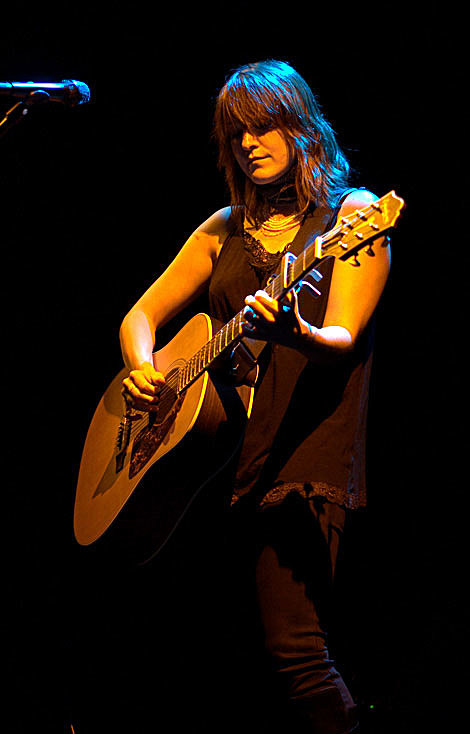 Keren Ann and trumpeter Avishai Cohen (not to be confused with Avishai Cohen the bass player) played their first of two shows at Joe's Pub last night (Nov 3, 2008), part of Joe's 10th anniversary celebration. Tonight (Nov 4) is the second show, and in case you were worried about missing any of the election...

Where else can you mix top notch music with a high-stakes political spectacle like the 2008 Presidential election? Join Keren Ann and Avishai Cohen on their November 4th show (after you've voted of course!), where we'll be showing live-feed results of the election before and throughout the set so you won't have to miss a single moment.

We also invite you stick around after the show until we've got a new President!

If you miss both of these, there's also a third chance on Wednesday (Nov 5) at Southpaw.

Joe's Pub was packed last night with a line down the block before the show. Avishai accompanied Keren on trumpet as she alternated between singing songs in English and French. Avishai's sister Anat played clarinet with them during the encore.

Other election night events are listed HERE. More pictures from last night below... 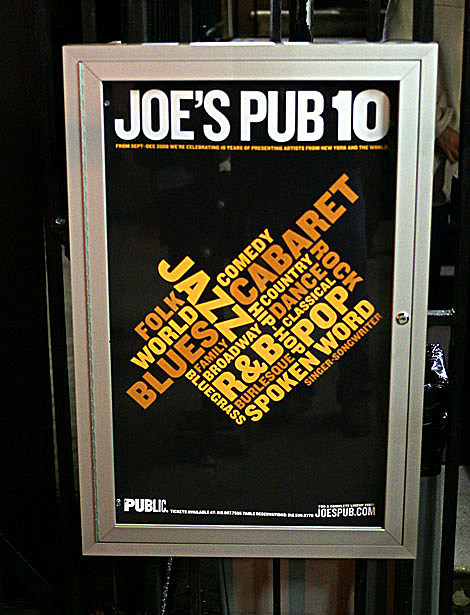 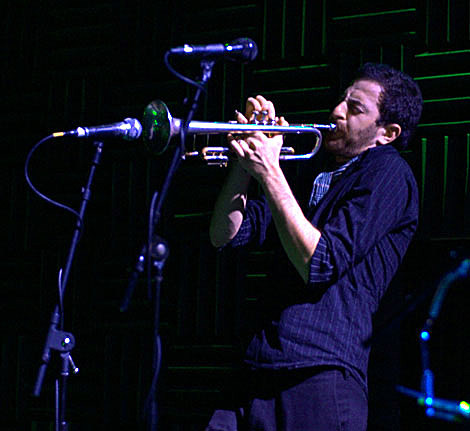 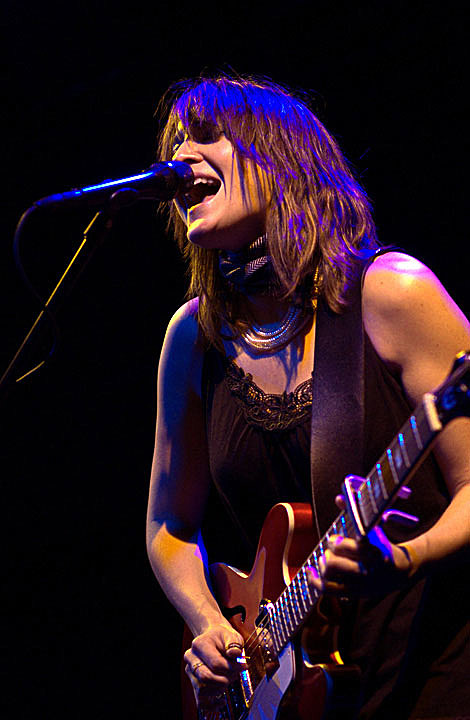 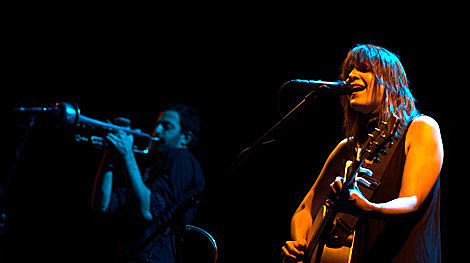 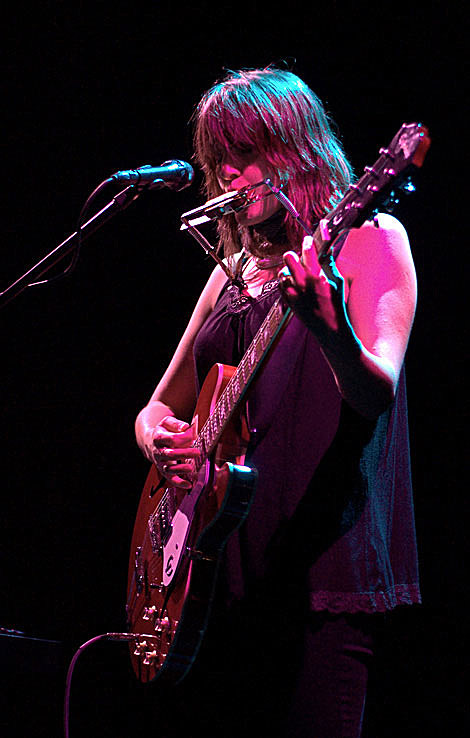 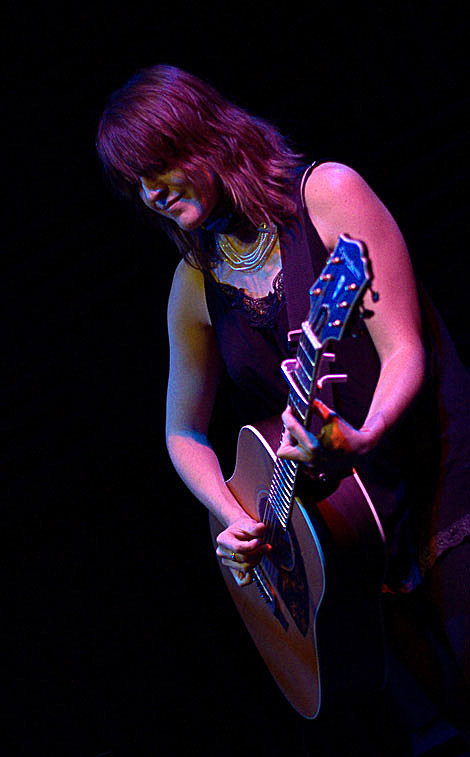 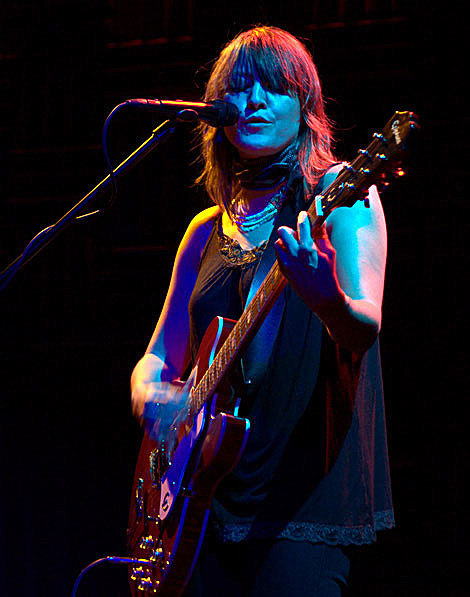 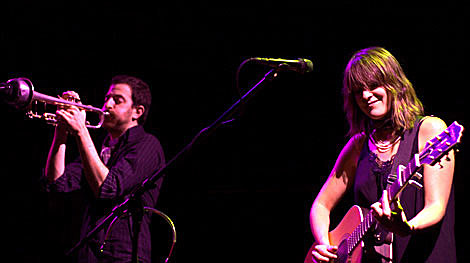 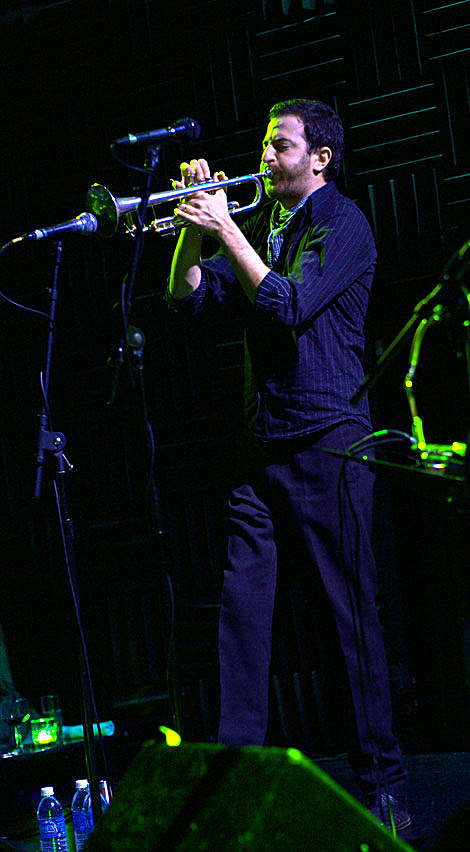 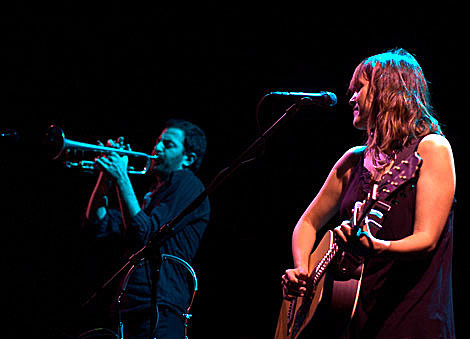 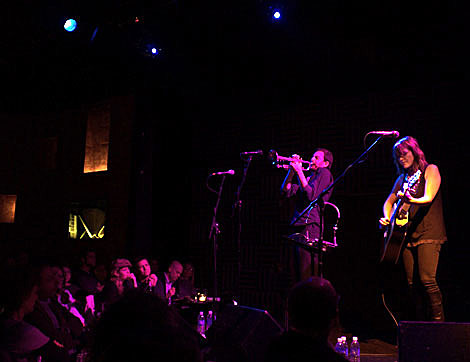 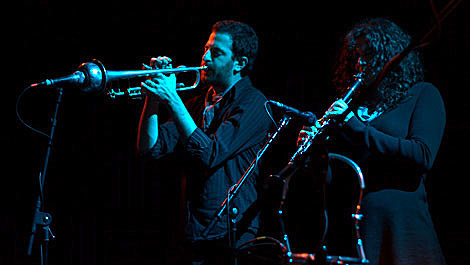 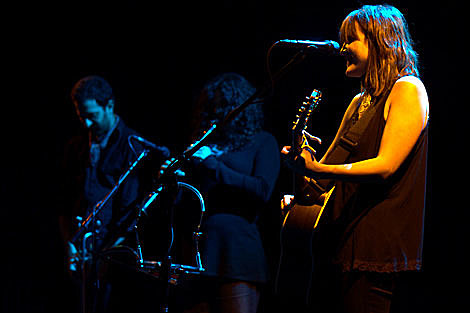 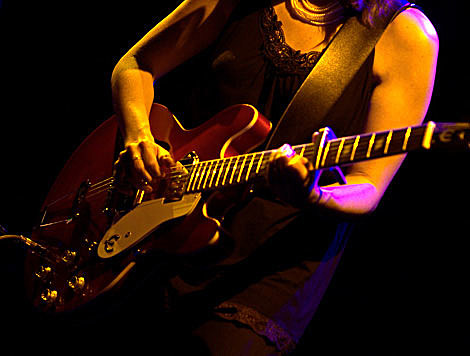 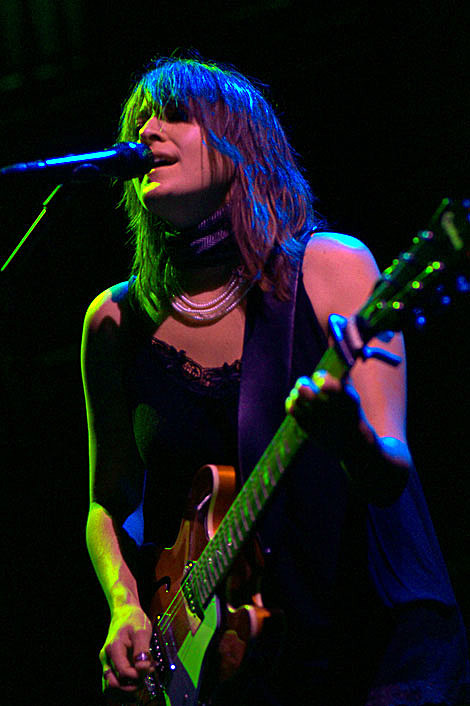 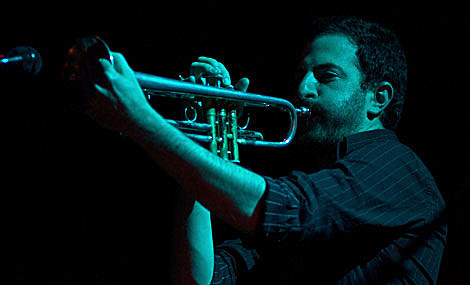 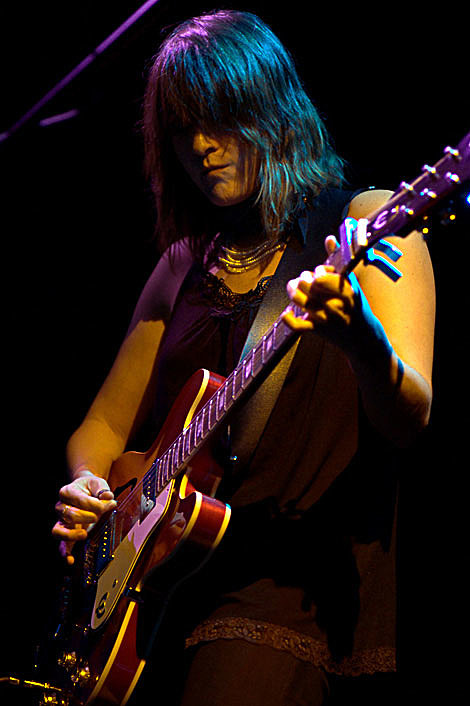 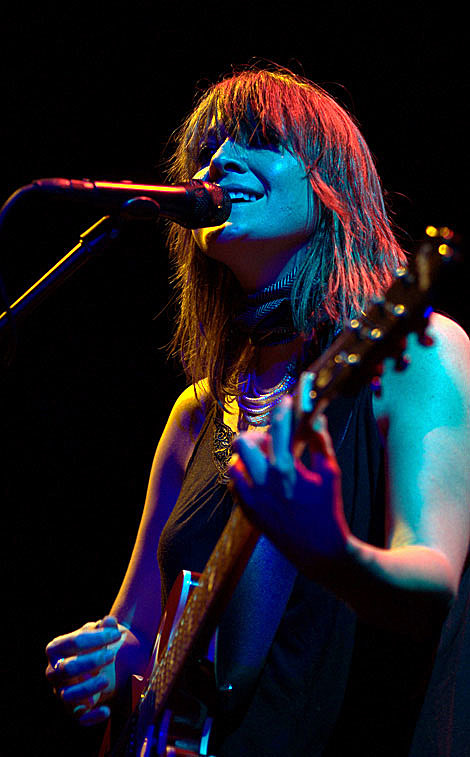 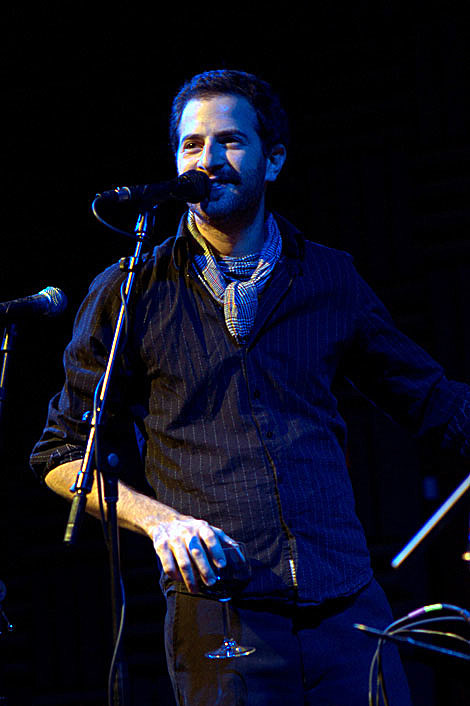 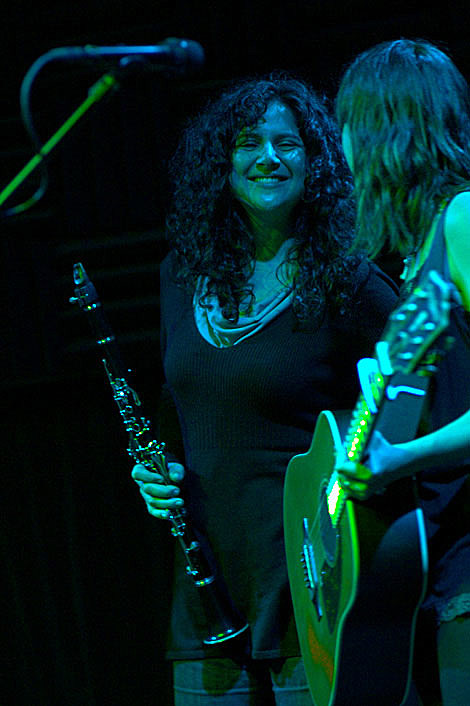 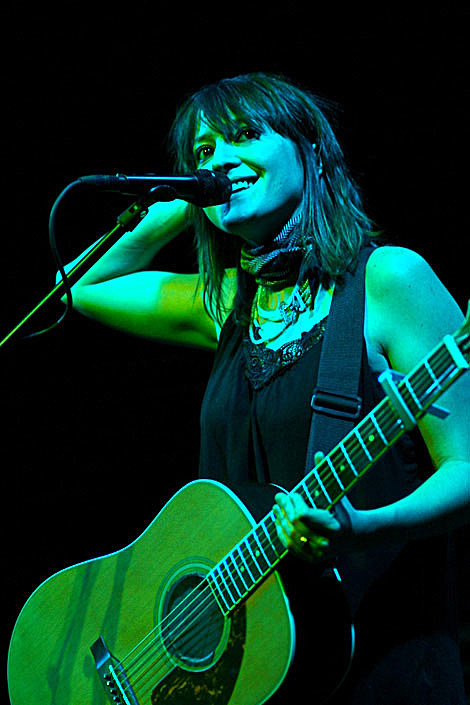 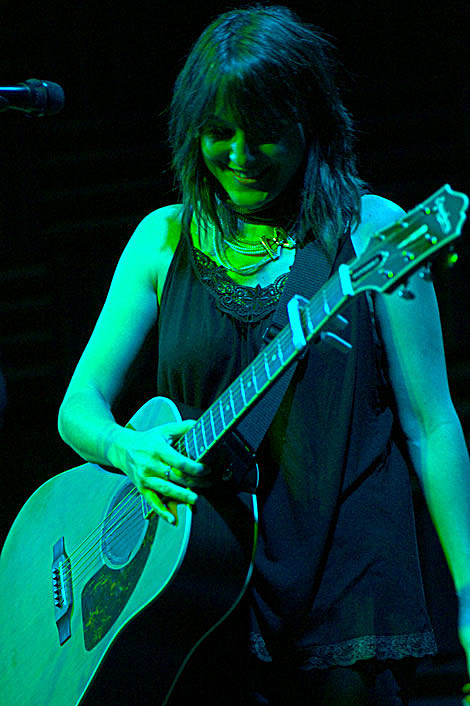 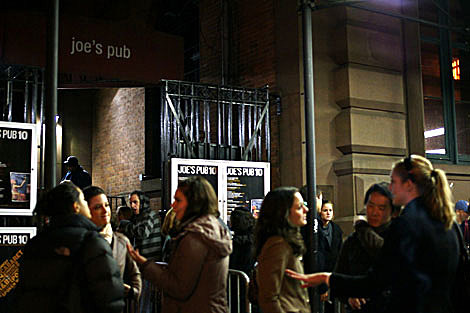 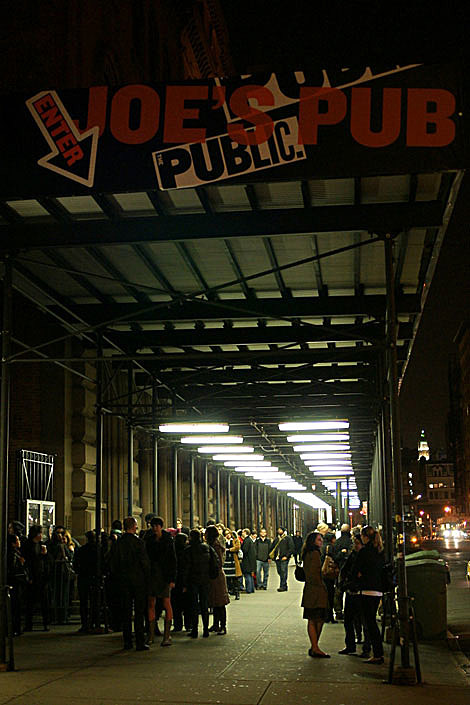