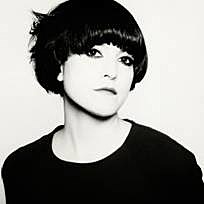 Chris Garneau opens the previously discussed Keren Ann tour which starts at The Bell House in Brooklyn tonight (6/7) and also hits Bowery Ballroom tomorrow (6/8). Advanced tickets for the Bowery show are still available. Bell House tickets can be purchased tonight at the door.

Chris hasn't released anything since his 2009 album on Absolutely Kosher, but Keren is out supporting her new album "101" which is out now...

"Last time around, [Keren Ann] risked fading into the ranks of female singer-songwriters; the album was strong but preferred to beguile with delicate arrangements and her tremulous voice. On 101, she finds a new niche. In many ways, the album's a counterpart to John Grant's Queen of Denmark, sharing its grounding in sturdy 70s pop-rock production and familiar melodies, and in the sense of humour that made Grant's opus seem such an anachronism. Neither record's particularly fashionable, but each is timeless, even classic. Basically, there's a lot of Fleetwood Mac in there." [BBC]

The video for album track "My Name Is Trouble" and all dates below...