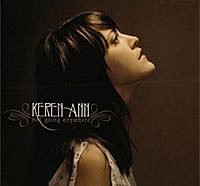 Launch this Keren Ann player to listen to four tracks off her latest (U.S.) album, Not Going Anywhere. Listen while you read.

Keren Ann = French. Not Going Anywhere is in English. The album was released in the U.S. in August 2004.

'After recording two successful CDs in France and co-writing the bulk of legendary French singer Henri Salvador's 2000 hit album Room with a View, the singer-songwriter Keren Ann makes her auspicious U.S. premiere with Not Going Anywhere on Metro Blue Records (an imprint of Blue Note Records). The CD is a sumptuous acoustic pop album of 11 finely crafted, lyrical gems. It marks Keren Ann's debut singing a full package of songs in English.' (EMI) 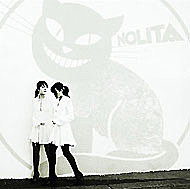 With Not Going Anywhere barely out a month in the USA, Keren went ahead and released another album in France. Title = Nolita.

'Keren Ann is a multi-cultural phenomenon. The Dutch-born singer has adopted France as her homeland, but recently took a temporary break in New York to record her new album, Nolita.' (radiofrance)

'In November, EMI Music held a listening party in Paris to celebrate the French release of “Nolita,” the new album by the Israeli-Dutch singer and songwriter Keren Ann, who is thirty.' (the new yorker)

Music blog, The Mystical Beast, had tracks from Nolita. available for download just three weeks ago. (sorry they're gone now). 'Ann's vocals hit an exceedingly tasteful spot somewhere between Claudine Longet's whisper and Hope Sandoval's heroin hangover, arriving at a point where her voice lacks audibility and expression in equal parts. Add the French-ish accent, and you get distant, sexy, and foreign, and I can't imagine what could be more appealing to a certain kind of male reader, other than "inaccessible." ' (The Mystical Beast)

You can stream 30 second teaser clips of all Keren's songs on her website. Nolita Here. | Not Going Anywhere Here.

Canadians recently had the chance to check out Keren as well. For the 'records' was there. Read their review. (chosen over Feist, who was playing in Toronto the same night)

Watch some Videos at her official site.

Not a bad review from Pitchfork, and appearing on more than a few year end 'best of' lists. More positive notes at PopMatters. Stylus Magazine too.