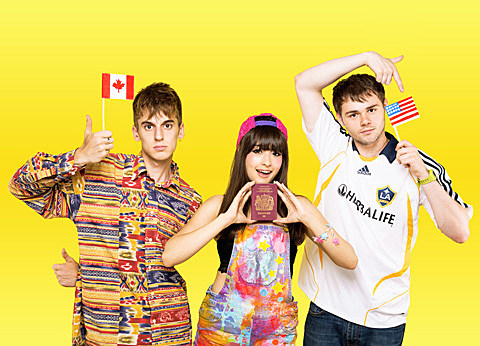 London trio Kero Kero Bonito's music pays tongue-in-cheek homage to the shiny plastic future of J-pop, rapping and singing about food, playing videogames, the merits of cats vs dogs and other light conversation. Sometimes it's in English, sometimes it's in Japanese, but usually set to catchy tunes and cute prefab beats. - [Bill in March]

Kitchy London trio Kero Kero Bonito, whose members include PC Music's Kane West, have a new single "Chicken" that dares you to get out there and dance. This one isn't quite as clever or infectious as previous single "Picture This," but I did enjoy the brief nod to metal they managed to work in there. You can stream or download below.

Having made their US debut at SXSW, KKB will be going on their first North American tour this fall, including NYC at Palisades on October 13. Tickets for that show go on sale Wednesday (8/12) at 10 AM. That show falls during CMJ but whether it's an official showcase or not remains to be seen. All dates are listed below. 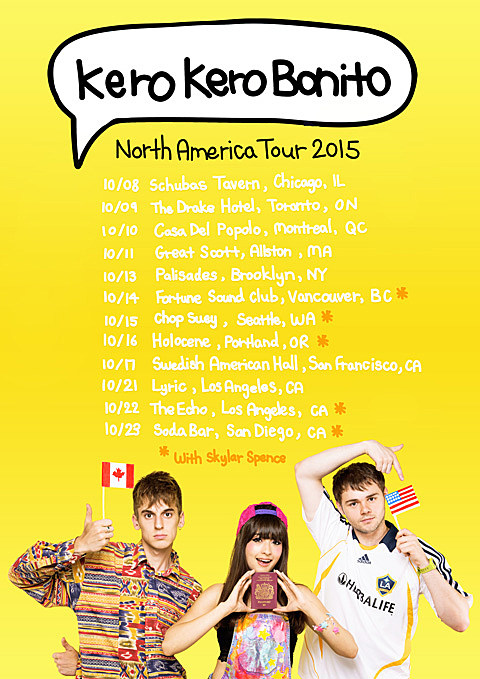