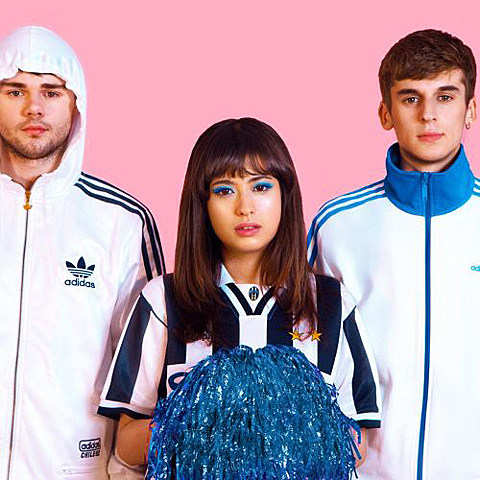 London trio Kero Kero Bonito's music pays tongue-in-cheek homage to the shiny plastic future of J-pop, rapping and singing about food, playing videogames, the merits of cats vs dogs and other light conversation. Sometimes it's in English, sometimes it's in Japanese, but usually set to catchy tunes and cute prefab beats. (KKB's Gus Lobban also goes by Kane West, one of major forces behind the PC Music scene.) The band's 2013 Intro Bonito mixtape got re-released last year via Double Denim (stream below) and some of those tracks got remixed by the likes of Spazzkid and Kane West on the Bonito Recycling EP. They've just released a new single "Picture This" which is a celebration of Instagram culture. Like everything they do, it's all a little ironic but the hooks are undeniable. Listen below.