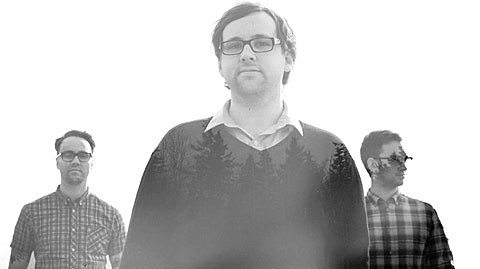 Nova Scotians Kestrels have released a new video for "Drowning Girl" which is from last year's LP A Ghost History, out now via shoegaze-centric label, Sonic Unyon. Check out said video, which features a lot of people in primal scream mode, below. The song, shrouded in darkness and drenched in reverb, might fit nicely on early LPs by The Walkmen if only Paul Maroon's guitars weren't so bright and cutting.

Kestrels recently completed a round of dates toward SXSW and are currently prepping to campaign through their native Canada. Check out all tour dates and that video below.