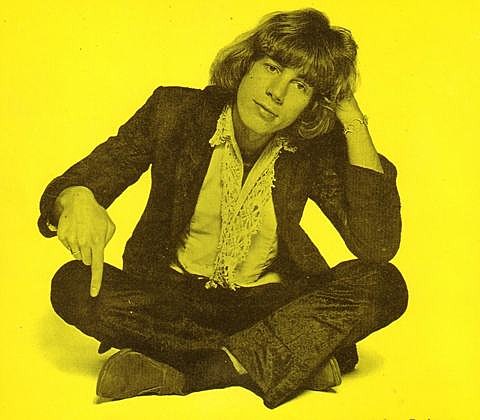 A pioneer of the genre, [Ayers] worked with Brian Eno, Syd Barrett, John Cale, Nico and Robert Wyatt during his career.

Bernard MacMahon, director of his last UK label Lo-Max Records, confirmed to the BBC News website Ayers died in his sleep at his home in Montolieu, France.

"He was the moving embodiment of that sixties ideal of creativity, freedom of speech and free love," he said.

BBC Radio 6 Music presenter Stuart Maconie paid tribute to the musician, describing him as a "legendary English musician, a stalwart of the Canterbury music scene".

MacMahon described Ayers as a "character", adding: "You wouldn't forget him if you'd met him. He was father of the underground." - [BBC]

Kevin Ayers, who was a founding member of Soft Machine, was 68. In addition to his work with that band, his 1969 solo debut, Joy of a Toy, is a genuine essential and 1973's Bananamour is pretty great too. But he continued making distinctive records througout his life. Most recently was his 2007 album, The Unfairground, which featured appearances by members of Ladybug Transistor, Teenage Fanclub, Neutral Milk Hotel, Gorky's Zygotic Mynci and Roxy Music. Rest in peace, Kevin.

Videos and song streams are below...