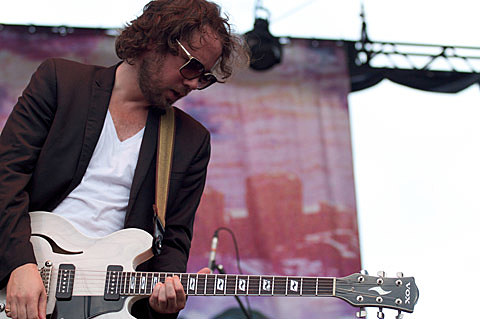 Broken Social Scene's Kevin Drew released his new solo album, Darlings, earlier this year, and has already come to the US to open Feist's solo tour and play a full band release show (with multiple Arts & Crafts musicians) at NYC's Bowery Ballroom, which happened after being postponed a few weeks in April. Now, he's announced a much longer North American tour which brings him back to NYC on September 26 at Music Hall of Williamsburg. No word yet on what his live lineup will be like this time. Tickets for the MHOW show go on sale Friday (7/25) at noon with an AmEx presale starting Wednesday (7/23) at noon.

No openers announced for the MHOW show yet, but many dates are with J Mascis (who plays his own NYC show and also with Witch this week, 7/23). A few others are with Belle & Sebastian and one is with Thurston Moore. This month into August, Kevin's on a Canadian run with Modest Mouse (who have a few NYC-area dates after). All dates are listed, with a video from the new LP, below...