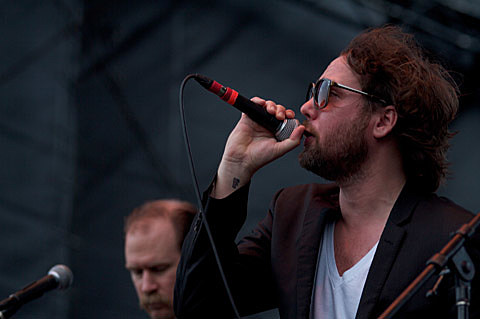 Broken Social Scene have been mostly quiet lately, and while co-founder Brendan Canning recently took time to focus on his solo career, the other co-founder Kevin Drew is now doing the same. He's announced that he'll release a new album, Darlings, on March 18 via Arts & Crafts.

Kevin doesn't have a tour announced at the moment, but he will play SXSW.

Stream the new album's single, "Good Sex," along with the tracklist & more info, below...

"Darlings was recorded at the Banff Centre in Alberta with Graham Lessard and then taken to a few houses in Northern Ontario with Dave Hamelin (The Stills, Eight and a Half) for final recording and mixing. The album also features longtime collaborators Charles Spearin and Ohad Benchetrit (Do Make Say Think, Broken Social Scene) along with Dean Stone (Apostle of Hustle). Darlings was co-produced by Dave Hamelin, Kevin Drew, and Graham Lessard."