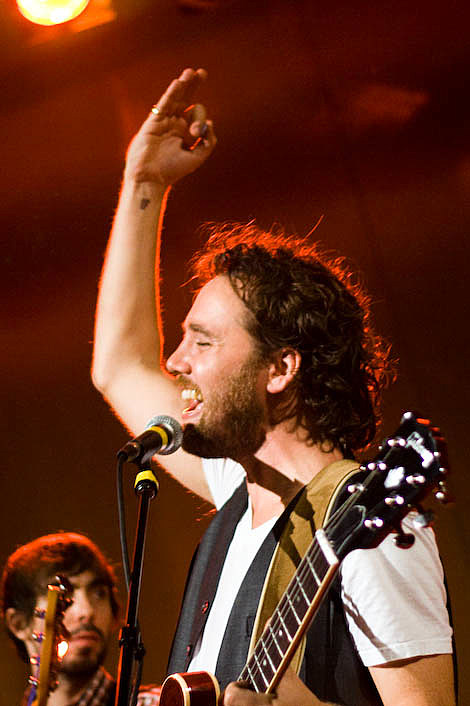 Broken Social Scene frontman Kevin Drew will not be making it to the United States as soon as planned. In his own words:

We have been forced to postpone this Thursday's show at the Bowery Ballroom due to visa complications.

* All tickets from April 3 will be honored on April 28. Refunds are available at point of purchase. *

I'm not sure why this is happening...really, truly. Twelve years of doing visas and coming down to America with hopeful fists and I have never had a problem like this one. I've been told that red tape and bureaucracy are part of the situation, but it does not do any justice to the idea of having to cancel a whole week of radio sessions, TV appearances and a live show love fest. We submitted in time and we did everything that we needed to do.

The US government has not given me my work visa yet so I have to cancel everything. There are more questions of worth entering into the fold. The US government obviously has the right to delay visas for whatever reasons they want BUT it would be such a huge help if they were consistent with their requests, so that people like myself can be a part of the country's business and culture. I would like to warn other artists, agents and labels and make this known so that they can be more prepared and hopefully avoid a situation like this. It is a very complex and unpredictable process which in turn makes it very difficult to keep a career going in the US. It sucks and it's a huge hit in terms of trying to reach the people with my record... but it's also just how it is sometimes. So, all I can do is apologize to the ones who were coming out to the show, the ones who were having us on their shows and hopefully reschedule everything. This is out of our control... but they can't control our hearts. We own our hearts. I look forward to hopefully making them all pound whenever this whole thing gets cleared up. See you soon. xo - Kevin