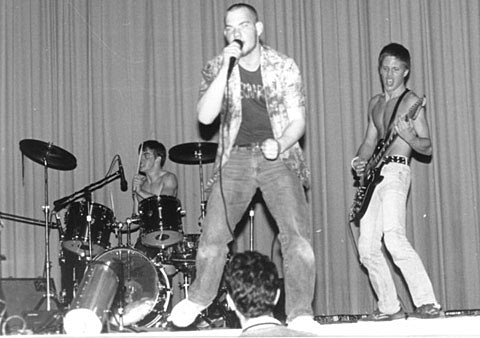 Siege was an American punk/Thrashcore band from Weymouth, Massachusetts. They were active in the 1980s Boston hardcore scene from 1983 to 1985, and reunited briefly in the early 1990s.
Siege's form of intense hardcore incorporated fast tempos together with vocalist Mahoney's screeches and growls... Siege formed in 1983 in Weymouth, Massachusetts. The band's original lineup consisted of vocalist and saxophonist Kevin Mahoney, guitarist Kurt Habelt, bassist Hank McNamee, and drummer Rob Williams. Mahoney was from Braintree, while the rest of the band was from Weymouth...

To say that Siege was an influence to countless bands in hardcore, grind, and tons of other genres would be a major understatement.

Now just months after the passing of Seth Putnam, comes word from multiple sources that vocalist Kevin Mahoney has also left this mortal plane. No word yet on the cause of death, but his legacy will never die.