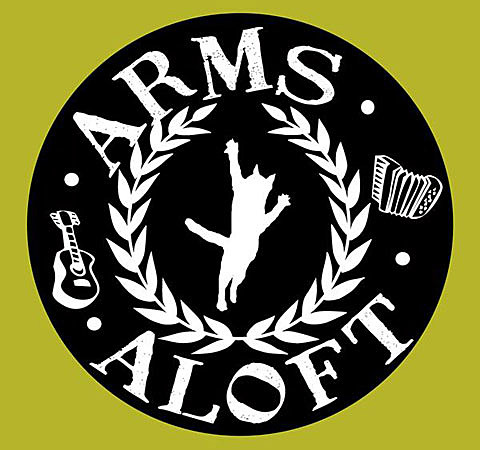 Much like Chuck Ragan is doing with the Revival Tour Kevin Seconds of 7 Seconds is leading a group of punks-gone-acoustic on the road, himself included, for the inaugural Arms Aloft Social & Musical Roadshow. Kevin Seconds and Kepi Ghoulie (of Groovie Ghoulies) have been out on tour since 3/12 and have a rotating cast of characters opening for them. Currently that includes Franz Nicolay (of e World/Inferno Friendship Society, ex-Hold Steady, etc) and Vic Ruggiero (of the Slackers, sometimes-Rancid, etc). All four of them play Pianos in NYC TONIGHT (3/22) before continuing on to a "private party" which is one night before they play Asbury Lanes. All dates are listed below...