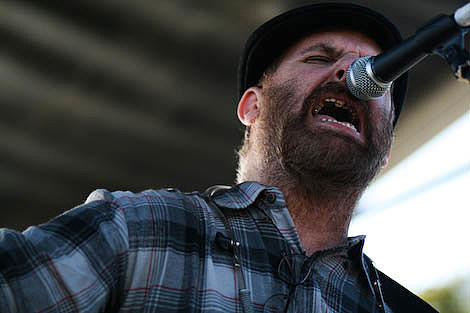 Kevin Seconds is hitting the road. Not literally, because that might bloody his knuckles, but the folkin' punk rock legend will tour the seabaring portions of these United States (the east/west coasts) starting Jan 31st and concluding in late February including THREE NYC shows and one on Long Island! The Long Island show (TBA) takes place on Feb 17th with ex-Groovie Ghoulies frontman Kepi Ghoulie. The two then continue on Feb 18th with a double header....a FREE daytime in-store at Generation records with KS & KG followed by a show that night at Pianos. The next night, Feb 19th, the pair take on Europa (tix here). Full tour dates are below.

...And speaking of punk frontmen who recently played Fun Fun Fun Fest, John Joseph and his Cro-Mags (Jam) have scheduled a show of their own at Europa on March 29th with Maximum Penalty and Dump Body. Tickets are on sale.

...And while we're on the subject of NYHC legends who played Fun Fun Fun Fest, Bad Brains are the subject of a new upcoming documentary! Details are sketchy at best, including the title of the film, but their myspace page professes that the film is "currently in post production" and "follows the music and the life of the Bad Brains from 1979 to present day". Film trailer below. 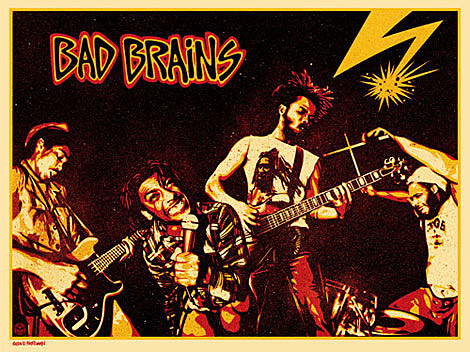 Meanwhile, wheat-paste-ninja-turned-media-mogul-turned-Obama-Campaign-poster-designer Shepard Fairey will release a limited edition silk screening of the band on his website "in a few weeks". It's a collaboration with the mighty Glen E Friedman, check it out above.... pretty much rules.

Oh, and did we mention Daryl Jennifer of Bad Brains has a solo album due this spring?!? Details are sketchy, but as they arise, we'll post 'em.

We didn't catch the show, but HR recently appeared on the bill of an Inauguration show at Le Poisson Rouge here in NYC. How was that one?. The Bad Brains only upcoming date is at the Langerado Fest in Florida on Friday March 6th.