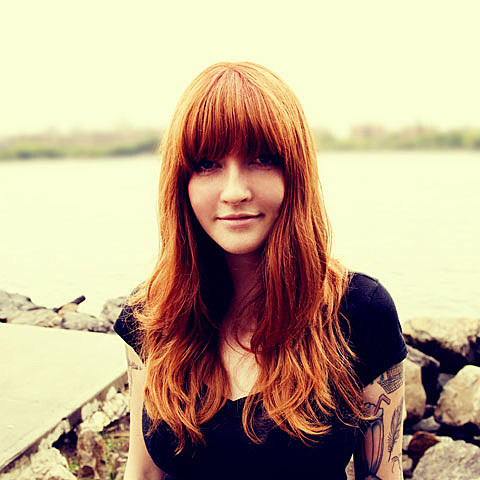 "La Sera - the brand new project of Katy Goodman (Vivian Girls, All Saints Day) - has signed with Hardly Art for their debut LP. La Sera makes lush, dreamy songs of heartbreak, love, and death, all written by Goodman and recorded with Brady Hall in Seattle. Hardly Art will release the first original material by La Sera on November 16th via a 7" featuring the album track "Never Come Around" b/w exclusive b-side "Behind Your Eyes", which will be followed by a debut full-length in early 2011 (release date tbd). La Sera will also have a cover of "Watch Me Jumpstart" on an upcoming Guided By Voices comp, though I don't have further details on that release.

Further! Related to both new projects, the unofficial Hardly Art CMJ showcase - AKA The Great All-Nighter - will be presented by Todd P and will take place on Thursday, Oct 21 at Shea Stadium (20 Meadow St.) in Brooklyn. The lineup is:

So, that makes both main Vivian Girls members solo for now, though Cassie Ramone hasn't announced any signings, but she is playing a show too (tonight).