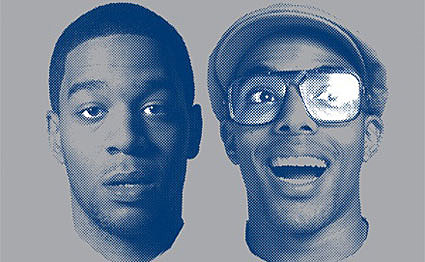 "Kid Cudi and Hollywood Holt, two of the nation's noted up and coming MCs, will be combining their respective skills for a tour of North America that kicks off in Baltimore on Sept. 23 and wraps on Oct. 1st in San Francisco. Brooklyn based (by way of Cleveland) Kid Cudi stunned denizens of the underground with his Fool's Gold debut track "Day 'N' Nite" which became a club staple worldwide in 2008, leading to a slot performing on NYC's SummerStage Concert series alongside Fool's Gold label head A-Trak, Santogold, and Diplo. Hollywood Holt seems poised to take the mantle of hardest hustling man in the rap business. In under a year Holt has gone from playing at a local bowling alley to performing at Lollapalooza, sharing stages with such heavy hitters as Dizzee Rascal and Lupe Fiasco and having his Chocolate Industries debut video "Hollywood" premiered on Kanye West's blog."

The NYC date on that tour is September 24th at Love, but Kid Cudi is also playing a show tonight (Sept 9) @ Knitting Factory with some other friends of Kanye West. Black Bubblegum says:

All flyers and dates below.... 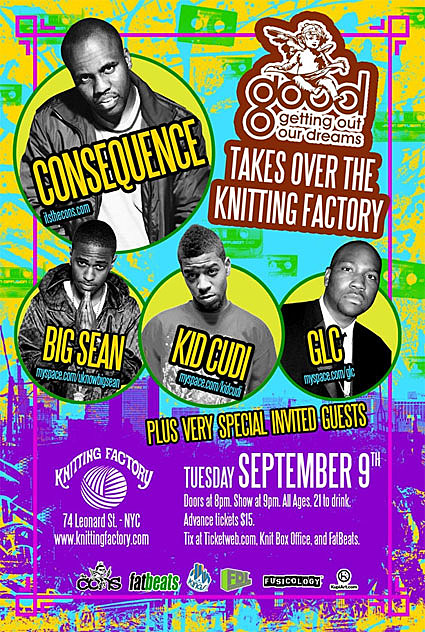 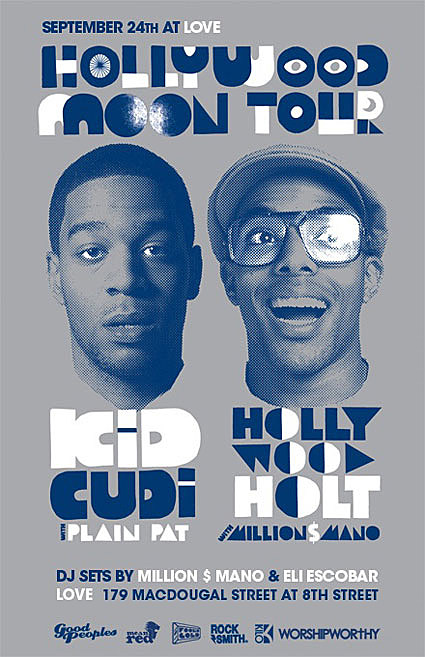