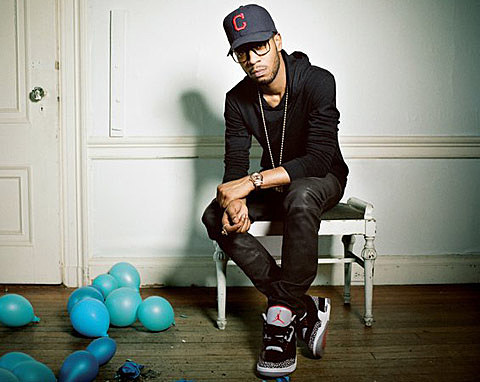 Kid Cudi announced that this summer he will release a Dot Da Genius-produced rock album, entitled Wizard and for his rap fans, a mixtape titled, A Man Named Scott.

"Pushing for a summer release of the Wizard album. I produce and play guitar on everything with my main man Dot Da Genius. He's learning bass," The Cudder wrote. "Wizard is a rock album, no raps, just singing. Brand new thing. Flavor. 'Dose of Dopeness,' however, will be on the Wizard album as a bonus jam. 'Bout f---in' time aye. I've been wearing the same jeans for months and I feel good about that dedication."

"Oh I forgot the best news ever ... new mixtape A Man Named Scott," he continued. "That's this summer. For all those who f---s with my raps, this is for you since I'mma be all rocked out with the Wizard sh--. Also, it's free! Yes!"-[MTV News]

No word on whether the "rock" Cudi or the hip hop one will be the focus of the forthcoming show at Roseland on April 20th. Tickets go on 92.3 and Live Nation presales on Wednesday at 10am, and then general sale Friday. 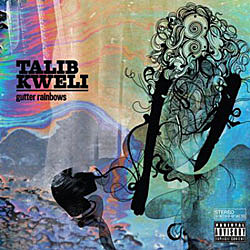 Speaking of Talib Kweli, his new album Gutter Rainbows (pictured) was released at the end of January. The Beastie Boys-sampling track "I'm On One" also appears in remixed format on an upcoming mixtape that Talib & DJ Smallz are releasing called "Northern Lights x Southern Smoke", and with a verse by Cyhi Da Prynce. Download the remix HERE. Listen to the original on the bottom of this post.

Tickets are still on sale for Yelawolf's show with Cyhi Da Prynce at Highline Ballrom.

Funkmaster Flex meanwhile is out on bail after being arrested for assaulting his wife.

Tonight's Slaughterhouse show at Highline Ballroom is sold out but if you get there early you might be able to pick one up at the door.

Lil Wayne added a 2nd Long Island show to his tour with Nicki Minaj at some point. You can check Ticketmaster for tix.

Odd Future will play DC one day before their now-sold out Santos Party House show which is one day before they play Fallon with help from the Roots. "Tyler, The Creator and Hodgy Beats of Odd Future are set to raid network TV with the help of The Roots on Late Night w/ Jimmy Fallon on 2/16." They play Philly one day after that, and they're also on the bill of Coachella. All dates are listed below.