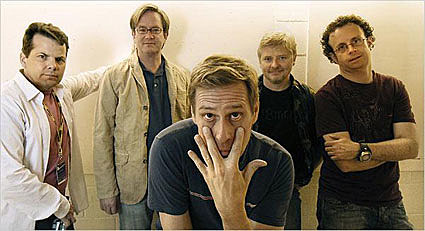 "The Kids in the Hall", the watershed comedy troupe of the 1990's, are returning to their live-performance roots for a major North American theater tour in 2008. The tour kicks off at the Star Plaza Theatre in Merrillville, IN on April 4, 2008 and will include approximately 30 cities in the US and Canada. Join The Kathies, Headcrusher, the Sales Guys, Buddy Cole, and people you've never met before (but somehow recognize from your everyday life) on an adventure into the bizarre and side-splittingly funny.

Four NYC shows at Nokia Theatre. All on sale. All dates and a video below....