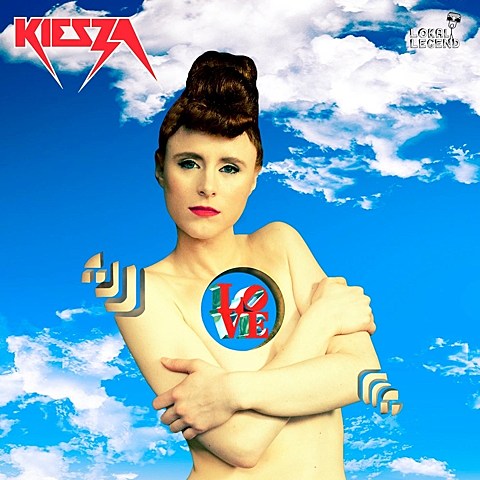 Kiesza, the person behind the post-Disclosure pop hit "Hideaway" and its Williamsburg-friendly video, will be celebrating New Year's Eve in style at NYC's Webster Hall. Tickets are on sale now, starting at $99, and there's three different options that include more perks for more dough, like open bar or a VIP table. There's also after-hours tickets to keep the party going until 8 AM.

Webster Hall is also where Kiesza last played NYC, as part of Downtown Fest which she co-headlined. Her only proper, non-holiday/fest/promo/fashion-week/guest-appearance NYC show so far was her debut one which took place at Santos. Both Santos and and the last Webster one were great, though I personally would avoid Webster Hall on NYE.

Meanwhile, Kiesza's "Take U There" collaborators Skrillex and Diplo are playing their own previously-discussed NYE show at Madison Square Garden (tickets). Will Kiesza have time to scoot over to MSG for a bit and sing with them?

Stream "Take U There" and watch the "Hideaway" video below...

Kiesza is also on the Jingle Ball tour including the MSG stop on 12/12 with Sam Smith, Ariana Grande, Charli XCX, Iggy Azalea, Pharrell, Taylor Swift, 5 Seconds of Summer and more.