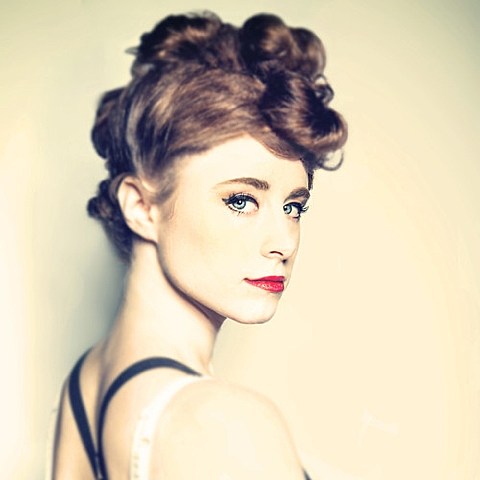 Canadian-born pop singer/songwriter Kiesza has written music for Rihanna, Kylie Minogue and Icona Pop, and this week (7/7) she put out her own debut EP, Hideaway, on Island Records. It includes the title track which is a pretty big hit right now, and definitely an addictive one. It sounds right off '90s dance pop radio (one of the other songs on the EP is a cover of Haddaway's "What Is Love," though she turns that one into a piano ballad), but in the wake of Disclosure's breakthrough, that thumping bass also sounds pretty in-the-now. That bass is courtesy of producer Rami Samir Afuni, who recently put on a similar '90s house spin on Lady Gaga. Kiesza also made a video for the song, which you New Yorkers may realize was filmed on the streets of Williamsburg (right by N 12 and Kent). You can watch that, with streams of all four tracks from the EP, below.

Kiesza also has tour dates coming up, including a show in NYC happening on July 22 at Santos Party House. Tickets for that show are on sale now.

All dates are listed, with the video and streams, below...

Kiesza - "Giant In My Heart"

Kiesza - "What Is Love" (Haddaway cover)