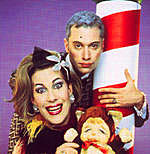 Kiki & Herb return to Carnegie Hall on December 12th. Tickets are on sale. They're calling it "The Second Coming: A Christmas Concert". The first coming was back in 2004, was released as a CD, and featured a guest appearance by Rufus Waiwright. The song they sang together was "Those Were The Days", and you can stream it at their MySpace.

Rufus Waiwright's own recent Carnegie Hall shows are also now out on CD & DVD, and you can watch a video from that DVD, below.....

'Zing! Went the Strings of My Heart' 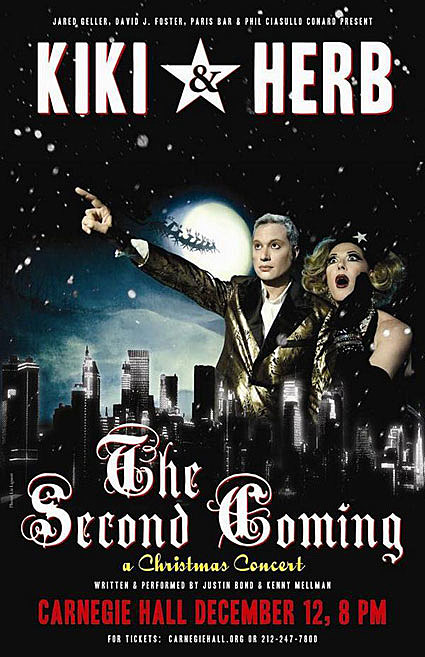