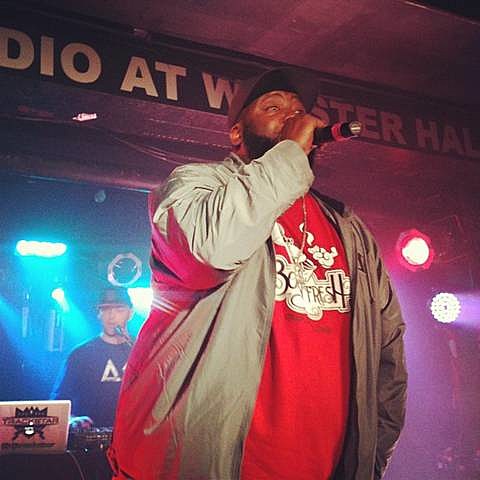 I spent most of my Thursday night (10/18) at the Studio at Webster Hall show for the MTV-presented show with Killer Mike, Le1f, Mr. Muthafuckin' eXquire, Big K.R.I.T., and Flatbush Zombies. The show got off to a late start but were sets were quick and so was turnover, so by the time Flatbush Zombies began their closing set, they were actually a bit ahead of schedule. Despite this great lineup in a relatively small venue, the place never filled up, but the small crowd was a pretty dedicated one, with most people sticking around for every act.

Killer Mike kicked things off, coming out with little introduction to "Big Beast," the biting opening track on his excellent 2012 LP, R.A.P. Music. Killer Mike's made a few notable guest appearances early on his career (Outkast's "The Whole World" and Bone Crusher's "Never Scared," the latter of which he played last night) and had his own hit around then with "A.D.I.D.A.S," but though Mike has continued to release albums and mixtapes since then, he's gone pretty under the radar until we were hit with the impact of R.A.P. Music. He focused much of his set on it, following "Big Beast" with "Untitled," "Go," and an a cappella version of "Reagan," which Killer Mike prefaced with a story about how he's not a political rapper, he's a social rapper, and the message of that song is for us to vote for politicians who will look out for our communities and the ones that surround us. Killer Mike's set was one of the best (if not the best) sets of the night, and he definitely set the bar too high as an opener, but he had to play early so he could head over to Irving Plaza for his show with GZA. 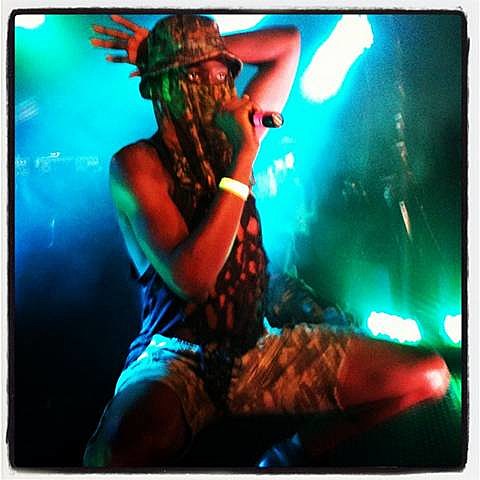 Up next was Le1f, whose set was remarkably different from the rest of the bill. While most of the other acts delivered rowdy beats and crowd-working rhymes, Le1f stayed introverted with a passive flow over slower, bass swelling tracks. He was joined by two dancers on stage, both (like Le1f) decked out in camouflage. He did have a few bangers, which, just based on the mood of the show, came off best, and in that environment it would have paid off to focus more on those. But a solid set nonetheless. 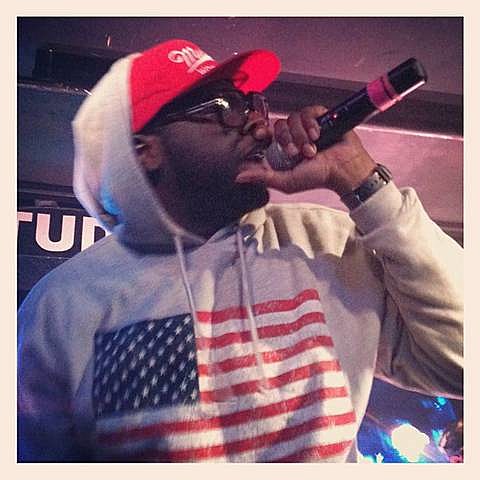 Mr. Muthafuckin' eXquire followed with a set that wasted no time taking over the whole venue, stage and floor included. He came out with a crew which only got bigger as his set went on and eventually included Killer Mike coming back out for eXquire's ode to drunk driving, "Huzzah!," and a new song which repeated the hook, "I woke up this morning/feeling like that nigga." eXquire and his hypemen/guests didn't let up for a second, jumping around, barking back and forth, and just overall going HAM the whole set. The crowd was loving them too, with a good chunk of the people in front yelling the choruses to "Huzzah!" and new single, "Telephuck." You can catch Mr. Muthafuckin' eXquire again tonight (10/19) at Gramercy with The Alchemist, Prodigy, Angel Haze, and others. 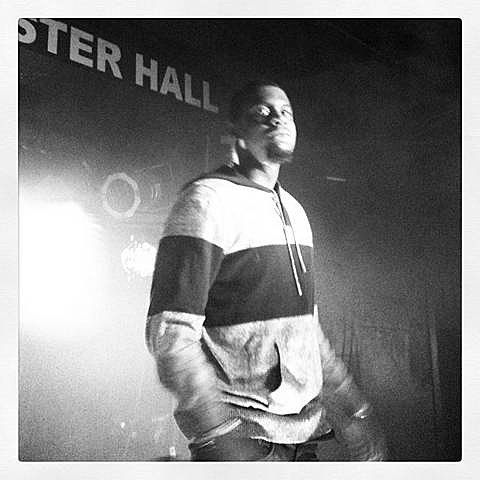 Finally Big K.R.I.T. took the stage, playing to the biggest crowd of the night. Wedged in between the rowdy crews of eXquire and Flatbush Zombies, KRIT opted to perform with no guests, save for his DJ in the back. KRIT's hype has leveled out since the buzz of his K.R.I.T. Wuz Here and Return of 4Eva mixtapes (and he didn't even play "Country Shit"!) so it was great seeing him still kill it, even without the in-the-moment excitement. KRIT makes his own beats and he's also got killer flow, but his undeniable talent is his knack for those earworm choruses that the arms-raised crowd never failed to join in on. He treated us to those great choruses in "Just Touched Down," "Sookie Now," "I Got This," "Yeah Dats Me," "What U Mean?," and others from his recent mixtapes and album. After his set at the Studio, KRIT headed over to SOB's for the Cinematic/Ecko/XXL showcase. Did anyone catch that one? 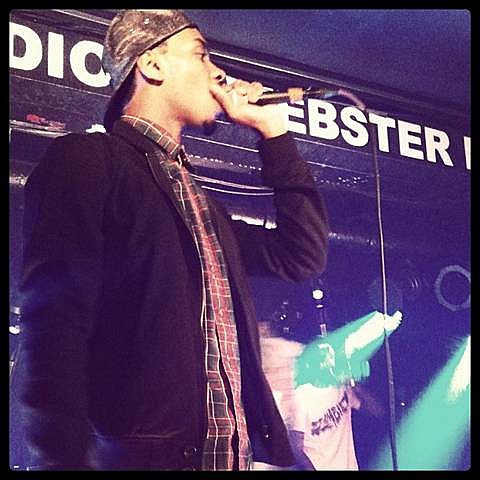 Then the night ended with Flatbush Zombies, who unfortunately were playing to a smaller crowd after a good amount of people left at the end of Big K.R.I.T.'s set, unlike the mad house of their Santos show from the night earlier. Probably due in part to that, the group got off to a rocky start, but once they whipped out "Thug Muffin" and the Zombies rushed the crowd with their blunt-bearing friends from behind the stage, they really turned it around. They followed that with "S.C.O.S.A." and from there on they kept things at the new level they'd reached and closed out with a great set.